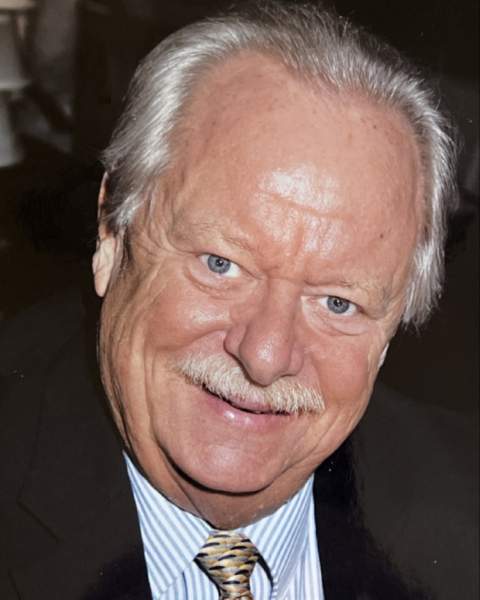 Robert John Orth was born in Long Beach, CA, on December 29th, 1943, and passed peacefully with family by his side on August 21, 2022, in Appleton, WI. He was preceded in death by his parents, John Frederick and Emerethe Cecelia Orth, and his grandson Robert James Steinberg. Bob is survived by his wife Judith, daughter Connie Hermann (Ronald) sons Robert (Wendy) and John (Erin), grandchildren James Steinberg, Katharine Steinberg St. Claire, Anabelle, Adele, and Conrad Orth. Bob was raised in Platteville, WI, with his beloved cousins and cherished friends. He earned his BS in Engineering from the University of Wisconsin – Platteville and two Master’s degrees from the University of Wisconsin – Madison. Bob was a founding partner of the civil engineering firms Rice & Orth, then OMNNI & Associates in Appleton, WI, where he plied his trade for four decades while raising three children with his devoted partner Judy before rewarding himself to a well-deserved retired life.  Bob found enjoyment in his love of world travel, ballroom dancing and music, being a fine pianist and strong baritone.  He possessed a unique affinity for technology and relished keeping up with the cutting edge, going so far back that his home computer was connected to a modem since the early 1980s for reasons known only to him, as the worldwide web was yet to be invented. Yet none of his pursuits or interests could compare to his love of spending time delighting in the company of his grandchildren, each of whom reciprocated that affection, and dearly so.  Much to the good fortune of those close to him, Bob was blessed with a sharp wit, always short of acerbic and tempered by a kind heart.  His boundlessly generous spirit was a testament to his love of family and friends.  But Bob’s most admirable, remarkable, and memorable quality was a profound decency which will remain an inspiration for those who shared the privilege of his companionship.  He will be missed.
A funeral service will be held Sunday August 28, 2022 at 5:00pm at Wichmann Funeral Home, 537 N Superior Street, Appleton. Friends and family may gather at the funeral home from 4:00pm until the start of the service.
To order memorial trees or send flowers to the family in memory of Robert John Orth, please visit our flower store.