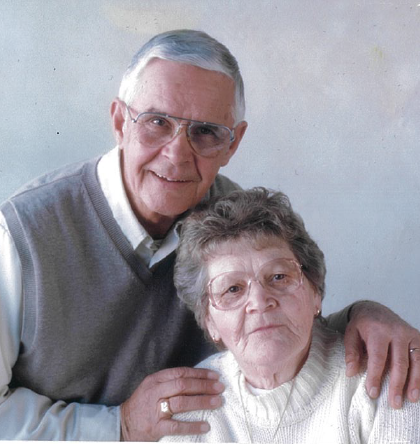 Robert M. Van Zeeland was born to eternal life on Thursday, February 17th, 2022 and was greeted by his wife Mary.  He was born April 1, 1929 along with his twin brother in the Town of Vandenbroek to Henry and Minnie (Bongers) Van Zeeland.  His mother died when he was very young and he was raised by his maternal grandmother until the age of fourteen when he went to work full-time for his Van Zeeland Uncles.  It was at this time he learned a lifelong work ethic and met his future wife Mary (Vander Bloemen).  They were married on June 30, 1951 at St. Mary’s Catholic Church in Crivitz, WI.   Rob was a very talented and humble man, living with a quiet grace, who could build or fix most anything.  Family, friends, organizations and many others benefited from his many talents and gifts.  He was a member of  Holy Cross Parish and devoted many years of service to his church, Holy Name Retreat House, Xavier High School, Habitat ReStore and numerous other non-profit organizations.  He especially enjoyed yearly deer hunting and spending time in the woods with his family and Thursday morning breakfasts with his cousins and friends.

The family wishes to thank the staff at Aspire Senior Living, Kimberly and Compassus Hospice, Green Bay, for their gentle and caring support.

In lieu of flowers, a memorial fund has been established in Robert’s name for the Diocese of Green Bay Seminarian Fund.

To order memorial trees or send flowers to the family in memory of Robert Martin Van Zeeland, please visit our flower store.