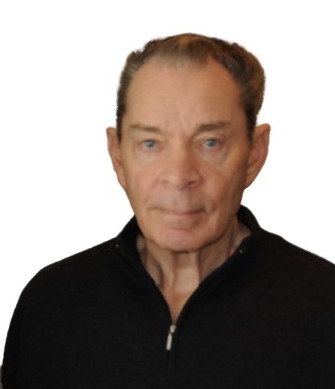 On Friday, January 14, 2022, Robert (Bob) Leu died peacefully at home.  Born January 21, 1935 to Earle and Kathryn Leu, Bob was a native of Marshfield, WI.  Bob is survived by his wife, Jean, children, Joel and Kathryn, and granddaughters, Kendra, Megan, and Erin.

Bob graduated from Marshfield Senior High School before going on to St. Norbert’s for 2 years. After his sophomore year of college, Bob joined the Marines as a Naval aircraft mechanic. After his service, Bob graduated from University of Wisconsin Stout with degrees in Engineering and Education. It was at Stout that Bob met Jean. They were happily married for over 61 years.

Bob taught power mechanics in Oshkosh and coached wrestling. He worked for Ford Motor Company as a service and sales representative for 10 years. Later, Bob was general manager at V&H Ford in Marshfield for 15 years.  Bob co-owned L&S Truck in Appleton and went on to earn many outstanding service awards.

Bob’s love of cars started at an early age, building his first hot rod in high school.  He loved all aspects of buying, restoring, touring, and maintaining antique cars.  Bob started the Northern Lakes Region Antique Car Club and was active in numerous others. Over the years, he owned 37 vintage cars and built many more friendships. He loved participating in car shows and even started the tradition of camping at the Iola Car Show.  The last car he restored was a 1906 Buick. His other interested included hunting, fishing, woodworking, and collecting antique toys and model trains.

Bob was active in the Pal’s Program and formed an enduring relationship with Justin.  He was preceded in death by his brothers, Jim and Jon and sister Luella.  Bob is survived by his sister, Lorna Davel.

In accordance with his wishes, there will be no Funeral Service. Memorials in his honor may be made to the Michael J. Fox Parkinson’s Foundation or a charity of choice.

To order memorial trees or send flowers to the family in memory of Robert L "Bob" Leu, please visit our flower store.