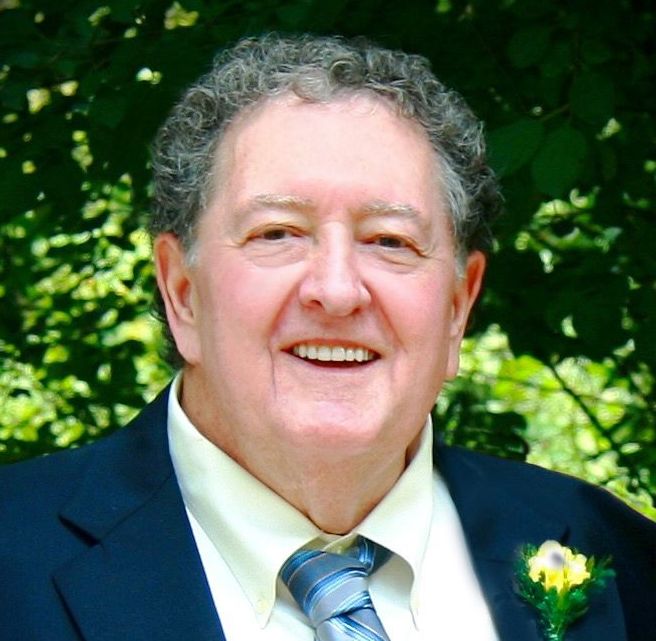 Robert L. Howard, age 72, of Appleton, passed away at home on Tuesday, September 26th, 2017 after a lengthy illness. Bob was born to the late Edwin and Elaine (Van Avery) Howard on August 25th, 1945 in Portage, MI.

Bob is best remembered for his passion of family, automobiles, music, and sharing his knowledge with others. In his younger years Bob was a musician who performed in many local bands including Big Daddy and the Digs, and Big Daddy and Bojan. It was rare to come into his home without hearing music playing from his computer. He worked as a machinist for Voith for many years, and retired when the factory closed in 2003. From the racetrack to the Pinewood Derby, Bob was at his happiest when sharing his mechanical and automotive knowledge with anyone who would listen.

Bob enjoyed NASCAR, music, yelling at the Packers, the Wisconsin Badgers, riding motorcycles (oxygen tank attached), cars, and loved spending time with his family. He loved to be the life of the party and always making other people laugh – usually at his own expense. He worked hard at making friends and family comfortable when they met the clan for the first time. Bob always had his own point of view on things and many sought him out to get his perspective. He’ll be greatly missed.

Bob is survived by his wife of 39 years, Judy (Dunsirn) Howard. He is further survived by his sons – Edwin (Leah) of Kaukauna, WI; Thomas, Southern Pines, NC; Michael, Burlington, VT; Daniel, Arlington, VA; and his daughter Debbie (Rick) Chosa, Kaukauna, WI. He is also survived by five grandchildren – Trevor (Cassy) Howard, Brianna Howard, Kayla Howard, Sarah Chosa (Emery), Jaimie Reynolds and fiancé Mike Beno. He also has three great-grandchildren – Cameron Howard, Jayden Mancl, and Kali Reynolds. Bob is also survived by three brothers, William (Vickie), Ron (Marcia), and John (Linda), and a sister Lynnette (Mike) Bottenfield, all of Michigan, along with numerous nieces and nephews. He is further survived by Judy’s family, Bob and Denise Dunsirn, Dave and Sue Dunsirn, Sue Humphrey, and Lori and Brian Knoke, along with numerous nieces and nephews. Bob was preceded in death by his parents and sister and brother in law Pat and Gary Warn, his parents in law Leo and Lucille Dunsirn and a brother in law Robin Humphrey.

A Celebration of Bob’s Life and sharing of memories will be at 6:00 p.m. on Tuesday, November 21, 2017, at WICHMANN FUNERAL HOME—TRI-COUNTY CHAPEL, 1592 Oneida Street, Menasha, with Mr. Dean Tucker as Master of Ceremonies. There will be a visitation from 3:00 p.m. until the time of the Celebration of Life. Judy and family would like to extend a heartfelt thank you to all Bob’s caregivers – Staci, RN, his care coordinator, Jack Anderson, MD, his family physician for the past 30 plus years, and Rob Nonn, MD, his pulmonologist. The Howard family would also like to thank the first responders for all their knowledge and skill working to keep Bob with his family. In lieu of flowers, a memorial fund will be established to benefit the American Lung Association of Wisconsin and the Music Mission of Appleton.. Online condolences may be offered at www.wichmannfargo.com

To order memorial trees or send flowers to the family in memory of Robert L. Howard, please visit our flower store.