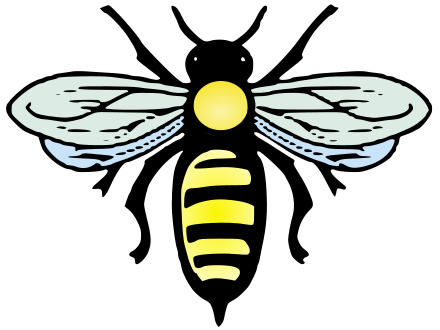 Robert “Bob” James Knox of Neenah, WI, passed away peacefully in his sleep on Tuesday, August 14, 2012 at Cherry Meadows Hospice in Appleton, WI. He was 87 years old.

Mr. Knox was born on October 28, 1925 in Seymour, WI, son of the late John and Vernal (Leiniger) Knox. Bob graduated from Seymour High School in 1943. As a young teenager, Bob began keeping bees as a 4H project, which grew into one of the largest bee keeping operations in Wisconsin. Bob was a pioneer in the bee keeping industry, and holds several patents for equipment still used today. He was also one of the first to transport bees via tractor-trailer from Wisconsin to Florida during the winter months to continue producing honey. Bob partnered with the WF Straub Bottling Company of Chicago, Ill and bought and sold honey throughout the world including Eastern Europe. Mr. Knox was a member of the American Beekeeping Foundation for over 60 years.

Throughout his life, Bob was a devout Christian. He devoted his life to serving Christ and giving to others. Bob was a member of the board of directors for Evangel Ministries, INC of Menasha, WI and the WEMI Christian radio station in Menasha, WI. He was also a co-founder of the St. James Methodist Church of Appleton, Wi. Following his strong beliefs of helping those in need, Bob worked closely with Dave Bruenning of Evangel Ministries to support missionary work in Africa. Through Evangel Ministries, clothing, shoes, and medication were sent to the poorest regions of the African continent.

Mr. Knox is survived by his loving wife of 64 years, Marion (Loos) Knox. He is further survived by his four children: daughters Susan (Glen) Franz of Columbia, SC, Julie (John) Klepps of Mascotte, Fl and Jane (Mike) Owensby of Neenah, WI, and son John (Lisa) Knox also of Neenah, Wi. He will also be lovingly remembered by 11 grandchildren, 15 great-grandchildren and his brother Glenn Knox of Seymour, WI and sister-in-law Gladys Loos.

In celebration of Robert James Knox's wonderful life, a memorial service will be held on SATURDAY, August 18, 2012 at 10 AM at the WICHMANN FUNERAL HOME (3212 S. Oneida Street, Menasha ). Friends may call the funeral home from 9AM until the time of service. Online condolences may be expressed at www.wichmannfargo.com.

To order memorial trees or send flowers to the family in memory of Robert Knox, please visit our flower store.