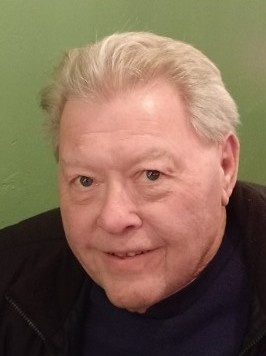 Robert (Bob) Joseph LeMoine, 83, departed this earth for his eternal home the evening of March 14th, 2019 surrounded by loving family after a short battle with cancer. Bob was born February 2nd, 1936, son of the late Earl and Margaret LeMoine. June 16, 1956 he married Janice Jacob and was blessed with five children. He married again May, 11, 1979, Joanne (Rechner) Zimmer and increased his family with six stepchildren. After Joanne’s passing, July 14, 2013. He enjoyed his final years with his special companion, Maggie Hohnberger. His family also grew over the years with the addition of many grandchildren.

Bob was a Master Electrician by trade working the majority of his career at Werner Electric. He was involved in many aspects of this industry and very proud of being instrumental in the development of a Draw Bridge Maintenance service program for the State of Wisconsin. He especially enjoyed troubleshooting jobs and servicing industrial shops and mills. The last 5 years of his career he worked as the Business Manager in the IBEW office, retiring at age 62. In his retirement he enjoyed woodworking (especially turning scrap wood into nice things) as well as traveling to warmer places, mostly Florida. He could fix just about anything and was called upon by his family and friends for help with many projects. His mechanical mind was always engaged, always learning and trying to figure out how things worked or how to create something new. He had a great sense of humor and enjoyed telling jokes‚Ä¶one of his favorites, I work well in the dark because I went to night school. He also had a love for food, the hotter the better. Over his lifetime he enjoyed hunting, camping, playing games at the kitchen table and spending time with his family. Bob also served proudly in the Marine Reserves.

Bob was preceded in death by his parents, mother of his children, Janice LeMoine, spouse, Joanne LeMoine, and grandson, Jacob Orkin.

A Visitation for Bob will be held from 2-5 PM on Sunday, March 17, 2019 at Wichmann-Fargo Funeral Home, Tri-County Chapel, 1592 Oneida St., Menasha, WI 54952, with a Vigil following at 5 PM. A Funeral Mass will be celebrated for Bob at 11:30 AM on Monday, March 18th, at St. Bernadette Catholic Church, 2331 E. Lourdes Dr., Appleton, WI by Rev. Don Zuleger. Friends and family may visit at the church from 9:30 AM until time of the Mass. Inurnment will be at a later date in St. Mary Cemetery, Menasha.

In lieu of flowers, memorial gifts will be donated by the family to Dad’s favorite charities.

We love you Dad.

To order memorial trees or send flowers to the family in memory of Robert J. LeMoine, please visit our flower store.