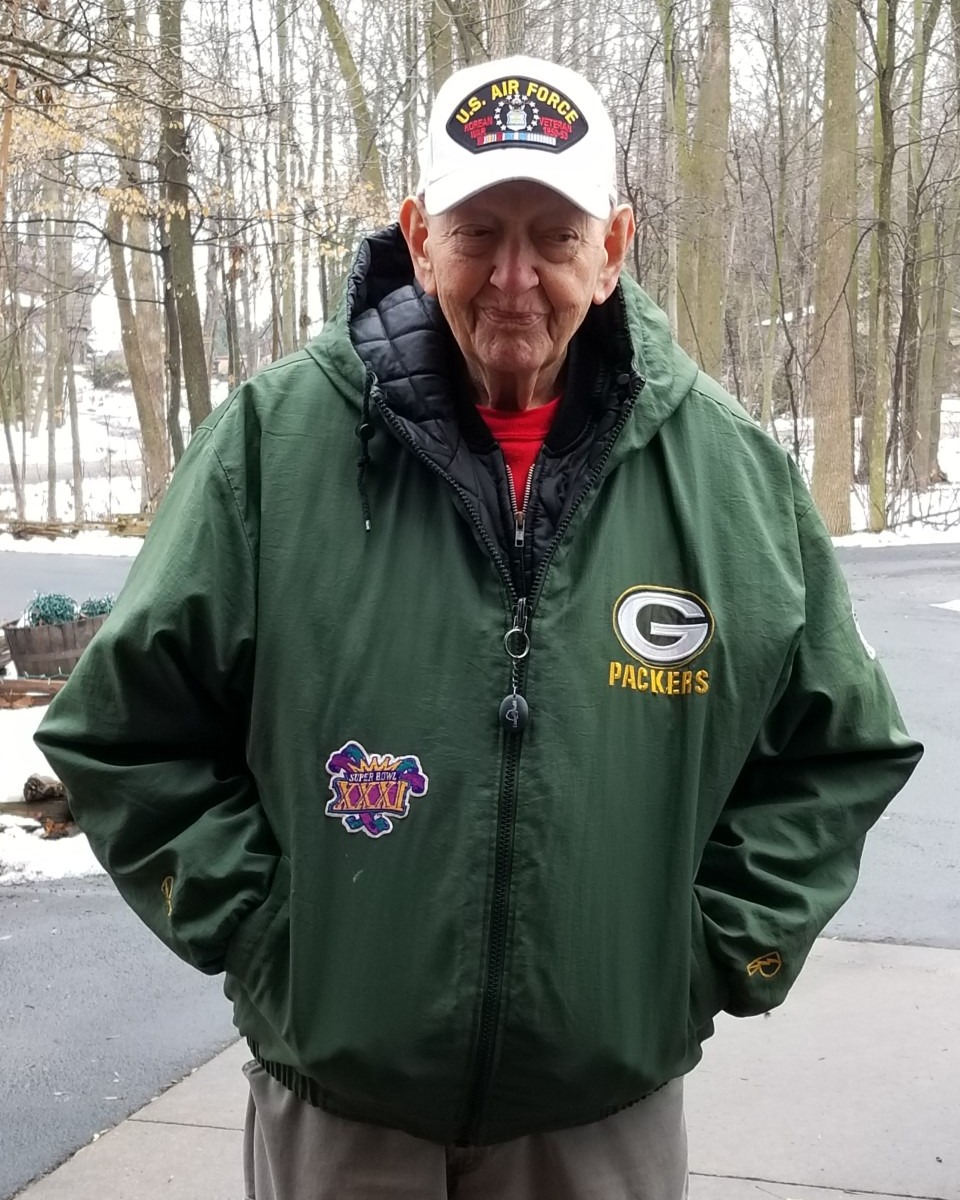 Robert Walter Iselin of Appleton, WI, passed away November 2, 2022 at the age of 93.  He was born on August 21, 1929 to Raymond and Catherine (Henkes) Iselin in Racine, WI.  Bob attended Racine St. Catherine’s High School where he met his sweetheart, Joyce.

Bob worked for the J.C. Penney Co. during his school years.  When Bob was 18, he enlisted in the US Army Air Corp and continued to be active for 6 years in the reserves.  During this time, Bob was hired at S.C. Johnson & Son in Racine.  In 1942, Bob was recalled to the US Air Force and served during the Korean War.

Bob and Joyce were married in November of 1951 and built a home and family together in Racine.  After a 40-year career as a research biologist and chemist with S.C. Johnson & Son, Bob and Joyce retired to Hot Springs Village, AR where they enjoyed traveling and spending summers with family in Townsend, WI at the lake.

Bob was a whistler, whistling along to the radio whenever a good song would come on.  Bob loved fishing and hunting every year and was a great sportsman.  He was also an accomplished sailor, boating on Surprise Lake in the summers.  He enjoyed playing tennis and golf well into his 80s.  Bob had the most wonderful smile that made you feel welcome and loved no matter who you were.  More than anything else, though, Bob loved his family.  He was so proud of his kids and their kids and their kids after them.

Bob is preceded in death by his wife, Joyce; his parents, Raymond and Catherine; his parents-in-law, Mike and Isabel; his children, Jon, Bobby, and Patrick; his grandson, Steven; and his brother, Raymond (Margaret).

A memorial visitation will be held for both Bob and Joyce from 4-6 PM Wednesday, November 16 at Wichmann Funeral Home, 537 N. Superior St, Appleton, WI with a memorial service to follow at 6 PM.  Bob and Joyce will be laid to rest at Calvary Cemetery in Racine, WI.

Bob and his family would like to thank his Primrose family for the friendship and support.  Also a huge thanks to the caring staff at ThedaCare and Cherry Meadows for their compassion shown to Bob.

To order memorial trees or send flowers to the family in memory of Robert W. "Bob" Iselin, please visit our flower store.