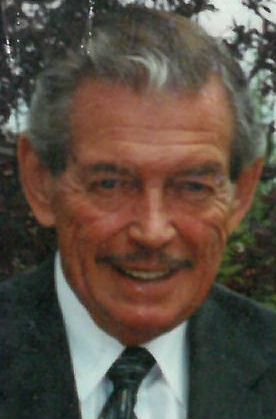 Robert H. Weyenberg, age 86 passed away on Sunday, September 18, 2016, at his home in Black Creek after a lengthy illness. Robert “Bob” was born December 29, 1929 to the late Louis and Anna (Van Deraa) Weyenberg, of Kimberly. Bob was united in marriage to IlaMae Storma and they have been married for 21 years. Bob was a man of many talents and much enthusiasm. Sociable and multi-talented, Bob worked in many areas successfully. As a young boy, he was a life scout with 26 badges and worked for Lamers Dairy. He also served as a Sargent the U.S. Army. After being honorably discharged from the Army, he returned to Kimberly and worked for Kimberly Clark for 30 years, becoming a Teamster union treasurer and president. He was also a bartender, insurance salesman, fiberglass tub executive, truck driver and a politician. Twice elected to the Outagamie County Board of Supervisors, Bob served with distinction, and had a passion for his community.

He was preceded in death by his parents, his sister, Evelyn, and his son, Robert, Jr.

A memorial service for Bob will be held at 4:00 P.M. on Friday, September 23, 2016, at the HIGHLAND MEMORIAL PARK CHAPEL, 3131 N. Richmond St., Appleton, 54911. There will be a time of visitation from 2:00 P.M. until the time of the service. Online condolences may be expressed at www.wichmannfargo.com.

In lieu of flowers, a memorial fund is being established in Robert's name. The family would like to give a special thank you to Affinity Visiting Nurses for their exceptional care and support through Bob's illness.

To order memorial trees or send flowers to the family in memory of Robert H. Weyenberg, please visit our flower store.