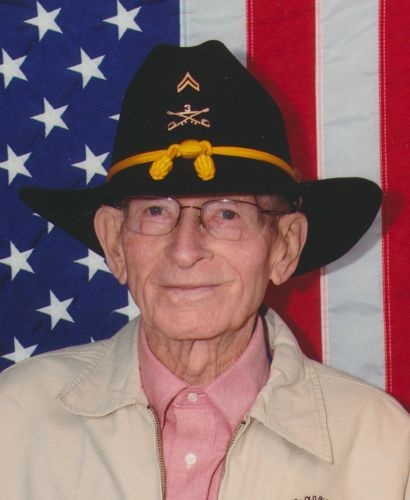 Bob McCrory, age 91 of Appleton died at Atrium Post Acute Care in Little Chute on Monday, March 21, 2016. Bob was born in Kaukauna on May 9, 1924, son of the late George and Veronica (Muttart) McCrory. Following his graduation from Appleton High School, Bob entered military service with the United States Army during World War II. He was stationed with the 3rd Cavalry, 43rd Squadron. During his tour of duty he fought in Luxemburg, Belgium, and France, and was later awarded the Purple Heart and several other commendations. Back home after his military service, he became a member of the Little Chute Post #258 of the American Legion and was a past commander there. Bob married the former Mary Freund; together they had two sons: Jeff and Tracy. Since 1979, Bob and his beloved Judy Van Dyke had shared their lives together. His careers were varied. Bob worked at Miller Electric, built houses with his father-in-law, worked at Appleton Wire Works for nearly a quarter of a century, and sold insurance in his later years. He retired in 1989. He enjoyed riding the horses that he owned and boarded, golfing Monday, Wednesday, and Fridays with the “Geritol Set” at Reid Golf Course, and spending time with his sons. He taught them both how to golf, and played countless rounds with them. He took great pride in seeing them improve and succeed. Bob also enjoyed traveling to wherever his son Jeff's band was scheduled to play. He loved music of all kinds, and was an avid reader. Bob was a well-read man and could carry on a conversation with anyone on anything. Bob also enjoyed watching the fast-pitch softball tournaments when they came to town, and took great pride in attending his Army Reunions, where he could see his comrades that he proudly served with in the Army.

A service for Bob will be held at 11:00 AM on Friday, March 25, 2016 at the Wichmann Funeral Home, 537 N. Superior Street, in Appleton. Fr. Gerald Falk will officiate, and full military honors will follow. Burial will be in Riverside Cemetery. Family and friends are invited to gather at the funeral home on Friday morning from 9:00 AM until the time of the service. For more information or to share a memory of Bob, please visit www.wichmannfargo.com.

The family would like to thank the many caregivers who made Bob's last days more comfortable. They include everyone at Atrium Post Acute Care in Little Chute, and everyone from Affinity Visiting Nurses and Hospice. We will forever be thankful for your care.

To order memorial trees or send flowers to the family in memory of Robert G. McCrory, please visit our flower store.