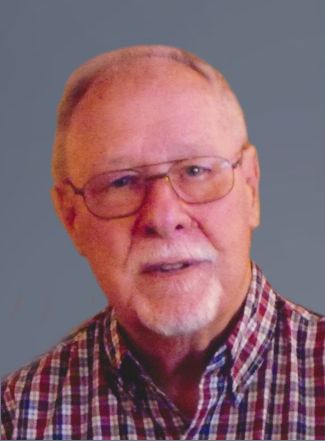 Robert “Bob” Eftedahl, age 89, died Thursday, September 28, 2017 at Brewster Village in Appleton. Bob was born in Menominee, Michigan, on June 21, 1928, the only child of Ole M. and Emma H. (Wolff) Eftedahl. He graduated from Menominee High School in 1946, and attended Augsburg College in Minneapolis from 1946 until 1948. He then attended and graduated from Michigan State in 1950. Bob was drafted into the United States Army on November 7, 1950, attended OCS, and was relieved from active duty in 1953 as a Second Lieutenant. He then joined the Officer Reserve Corps and made the grade of Captain when he left the Army in 1963. Bob was a member of the Johnston Blessman Post #38 of the American Legion, and was privileged to participate in the Old Glory Honor Flight with his daughter Diane in 2015. Bob was united in marriage to Jean B. (Whitney) on September 20, 1952 and shared fifty-five wonderful years together.

Bob worked in traffic, purchasing, and sales for a number of employers including Ansul Chemical in Marinette, Cruisers, Inc. in Oconto, and Appleton Machine Company (Wartsila, Valmet, Metso), retiring in 1977. He spent many Friday nights at the Lox Club enjoying the great food and visiting with the staff and his many friends, especially his close friend, Sally. For years, he volunteered driving the elderly, giving blood, was a member of the Appleton Elks Lodge, volunteered at Brewster Village, and just made sure others were being taken care of.

Bob is survived and will be sadly missed by his daughter: Diane (Mike) Hawkins of Cloverleaf Lakes, Clintonville; two step-granddaughters: Sara (Michael) Coenen and their son Cole; and Ruth (Wille Rollins) Hawkins and their daughters Madison and Alivyah. He was preceded in death by his parents, his wife Jean, and a son Mark.

A memorial service for Bob will be held at 7:00 PM on Tuesday, October 3, 2017 at the Wichmann Funeral Home, 537 N. Superior Street in Appleton. Family and friends are invited to gather at the funeral home on Tuesday afternoon from 4:00 PM until the time of the service. In lieu of flowers, memorials to the Old Glory Honor Flight would be appreciated. For more information or to share a memory of Bob, please visit www.wichmannfargo.com

The family would like to thank everyone in the Emergency Room at St. Elizabeth Hospital and the third floor doctors and nursing staff for their kindness and loving care. Thank you also to Affinity Hospice and the nursing staff at Brewster Village. We will never forget your kindness.

To order memorial trees or send flowers to the family in memory of Robert G. Eftedahl, please visit our flower store.