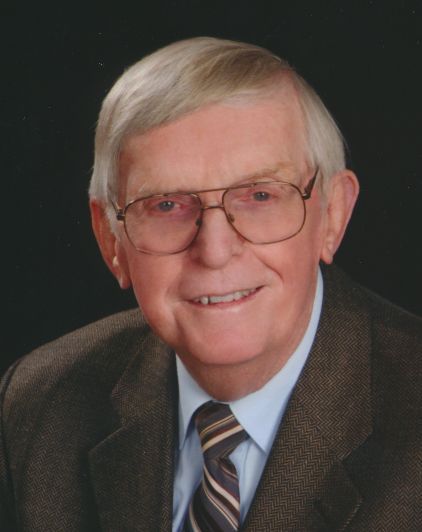 Bob Heffner, age 80 of Appleton, passed away at St. Elizabeth Hospital on Saturday, December 5, 2015, following a brief illness. Bob was born in Troy, Ohio on June 17, 1935, son of the late Robert and Evelyn (Young) Heffner, Sr. He was a proud 1953 graduate of Troy High School, and as a young man served his country as a member of the United States Army. He returned to Ohio and was employed by Gummed Products for a time, and later became employed by NCR in Dayton, Ohio. He was transferred to Appleton in 1971. Bob was first married to Kathleen, and together the couple raised two daughters, Vicki and Cheryl. Later, Bob married Dorothy Borsche, who preceded him in death in 2008. Bob worked for NCR until his retirement in 1990. But for Bob, retirement didn't really mean retirement, and he worked several more years as a courier for Affinity Medical Group. Over the years, Bob enjoyed sports of all kinds, especially golf, basketball, and softball, spending time at their summer place near Wautoma, and most recently, Bob enjoyed volunteering at Our Saviour's Lutheran Church in Appleton.

He is survived by two daughters: Vicki (Jan) Peebles of Appleton and Cheryl (Tim) Jacobson of Menasha; two grandchildren: Thomas Peebles and Chloe Peebles; a brother: Bruce (Rhonda) Heffner of Grand Junction, Colorado; a sister-in-law: Rena Mae Heffner of Troy, Ohio; by Dottie's son: Wayne (Wanda) Borsche of Shawano; as well as by his nieces and nephews in Troy, Ohio. He was preceded in death by his parents, brothers: Douglas and William, and by Dottie's grandson: Cody Borsche.

Funeral services for Bob will be held at 11:00 AM on Thursday, December 10, 2015 at OUR SAVIOUR'S LUTHERAN CHURCH, 3009 N. Meade Street in Appleton, with Rev. Kurt Hoffman officiating. Interment with full military honors will take place at Highland Memorial Park. The family will receive relatives and friends at the church on Thursday morning from 8:00 AM until the time of the service.

In lieu of flowers, a memorial fund is being established. For more information or to share a memory of Bob, please visit www.wichmannfargo.com.

To order memorial trees or send flowers to the family in memory of Robert E. Heffner, please visit our flower store.