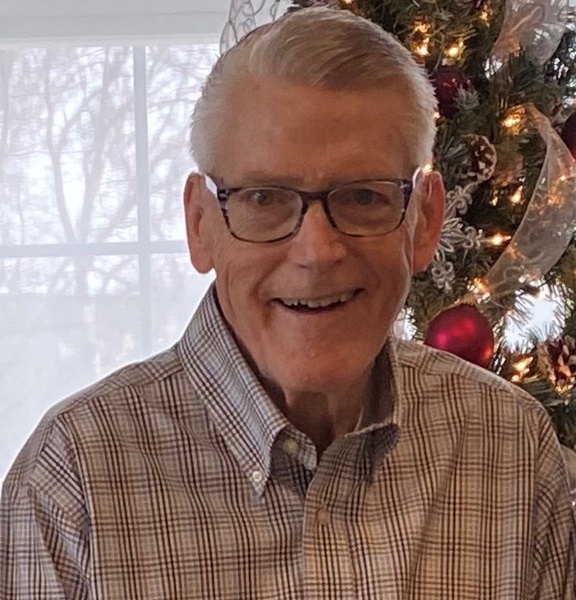 Robert “Bob” Willis, long-time resident of Kaukauna and for the last 6 years a member of the Touchmark Community in Appleton, passed away peacefully surrounded by family on Monday, September 20, 2021. Bob had been battling Parkinson’s Disease for about 12 years. Bob was born on May 27, 1943, in Orange, NJ to the late Jack and Marie (McMahon) Willis. He graduated from Nutley High School 1961, where he liked to remind people he was in Chef’s Club with Martha Stewart. He attended The College of William and Mary in Williamsburg, VA graduating with a B.A. in Political Science in 1965. Robert was united in marriage to Margaret Hurliman in 1968, and the two moved to Kaukauna in 1977 to raise their two children, Roxanne and Matt, who both attended Kaukauna High School.

After moving to Kaukauna, Bob soon adopted the Wisconsin spirit, cheering on the Packers and becoming a season ticket holder (although, much to the chagrin of his wife and children, he showed some East Coast loyalty by loving Tom Brady). Bob worked for the Bemis-Jason Corporation for 23 years as a National Sales and Service Manager before his retirement in 2000. He loved Motown music, learning trivia about even the most obscure bands.  Bob always had a $2 bill, or an old coin, or some other unique trinket he had found to share with his children and grandchildren. He delighted in wildlife and beautiful views. Bob loved March Madness and Marge’s homemade cakes. At Touchmark, Bob was known for his upbeat attitude and his big smile. He was a “gem,” as he liked to call the favorite people in his life, and he will be missed by many.

Bob is survived by his loving wife of 52 years Margaret “Marge” Willis, of Appleton. He is also survived by one sister Barbara Elliott of Momence, IL, daughter Dr. Roxanne Willis, and son-in-law, Dr. Geoffrey Pynn, of Batavia, IL, son Dr. Matthew Willis, and daughter-in-law, Nicole “Nikki” (Stock) Willis of Santee, CA. He is further survived by five grandchildren: Ivan and Lydia Pynn, and Roman, Jack, and Weston Willis who all lovingly referred to him as “Bumpa Bob.”

A funeral service for Bob will be held at 11:00 AM on Friday, October 1, 2021, at the Fargo Funeral Home, 400 W Wisconsin Ave., Kaukauna, with Reverend Walter Steinbach officiating. Friends and family may gather at the funeral home from 10:00 AM until the hour of service. Burial will take place in the Union Cemetery, Kaukauna.

Memorials may be expressed to the Parkinson’s Foundation in Bob’s name by visiting parkinson.org.

To order memorial trees or send flowers to the family in memory of Robert D. Willis, please visit our flower store.