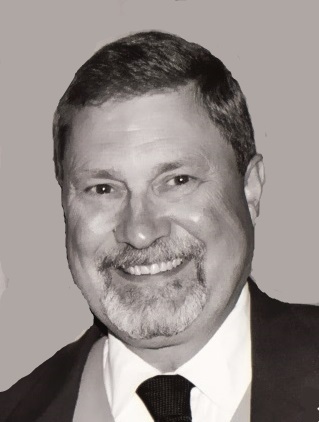 Bob Thiel, age 71 of Menasha, passed away unexpectedly on Wednesday afternoon, October 21, 2015 at Theda Clark Medical Center in Neenah, surrounded by his family and dearest friends. Bob was born in Appleton on April 14, 1944, son of the late Syl and Kathleen (Van De Hey) Thiel. He was a member of the first graduating class at Xavier High School and attended the University of Wisconsin – Fox Valley prior to receiving a degree in vocal music from the University of Wisconsin – Oshkosh. On April 22, 1967, he married Rhoda Laabs at St. Therese Catholic Church in Appleton and together the couple enjoyed forty-eight wonderful years together. Bob taught at Appleton's James Madison Junior High School for two years and then entered the insurance industry as an agent for American Family. Soon thereafter American Family moved Bob to Madison to work in the training department. Later, he worked as a District Manager for American Family, based in Decatur, Illinois. Eventually Bob and Rhoda returned to Appleton where they operated a uniform business while Bob also worked for Integrity Insurance.

Bob was a voracious reader, jokester and story teller, often learning of a good story during his many travels with Rhoda. An avid sports fan, Bob could often be seen rooting for the Packers and Brewers. When the games were done Bob would go out for a motorcycle ride or go fishing. His love of fishing prompted a move to a retirement home on Cloverleaf Lakes where he spent hours chasing the elusive crappies. Bob and Rhoda also looked forward to their winters in Florida on the golf course with friends. He was a member of the Appleton Downtown Rotary Club where he received the Paul Harris Fellowship and also played in the Geriatric Jazz Band.

Many will remember Bob for his involvement with the Barbershop Harmony Society. With his dad's guidance Bob joined at the age of twelve and had been a member for nearly sixty years. He sang with countless groups including several with this family members such as The Thiel Family Singers, Family Feud, and Like Father, Like Son. Some of his dearest friends were also barbershop singers and when they teamed up they formed quartets such as Ham 'n' Wry, Vocal Affair, The Olde Tymers, Perfect Timing, and the gospel group Friends. For many years Bob was the director of the Appleton Fox Valleyaires Chorus and in 2000 was a co-founder and director of the Pride of the Valley Chorus. A music teacher at heart, Bob's ability to share his love for music was so very important to him. He was always ready to teach a tag to a newcomer, woodshed a classic with an old-timer, and show up at an afterglow “once in a while.” His barbershop hobby meant the world to him and he treasured the countless friends he made over the years.

A memorial service for Bob will be held at 11:00 AM on Monday, October 26, 2015 at First English Lutheran Church, 326 E. North Street in Appleton, with Rev. Mary Bauer officiating. Family and friends are invited to gather at the Wichmann Funeral Home, 537 N. Superior Street in Appleton on Sunday afternoon from 1:00 PM until 4:00 PM and again at church on Monday following the services. In lieu of flowers, memorials may be made to a memorial fund which is being established.

To order memorial trees or send flowers to the family in memory of Robert "Bob" Thiel, please visit our flower store.