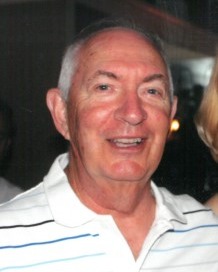 Robert “Bob” Berg, age 80 of Suamico, WI passed away on January 21 at Alpha Senior Concepts in Suamico after a battle with Parkinson’s disease and dementia.  Bob was born on January 4, 1943, to Al and Doris Berg. He grew up in Kewaskum, Wisconsin, and attended UW-Oshkosh. Bob became a history teacher in 1965 and married Carolyn Hartford Berg in August of 1965. The couple later divorced. Bob was married to Linda Millett Berg in September of 1995. Bob and Linda resided in Greenville and moved to Suamico in 2017.

In addition to his passion for history, Bob enjoyed hunting and fishing. He also volunteered for several years for St. Joseph’s Food Pantry.

A memorial visitation will be held from 10-11 AM on Saturday, January 28 at Wichmann Funeral Home, 537 N Superior St, Appleton, with a service to follow at 11 AM. In lieu of flowers or monetary donations, the family is asking that donations be made to St. Joseph’s Food Pantry in honor of Bob. Donations can be made using the link below or through their website at www.stjoesfoodprogram.org.