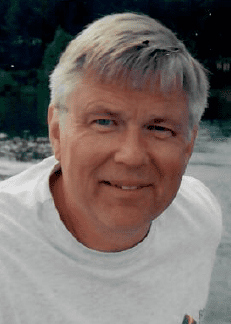 Robert Alan Doornbos, Sr. of Sherwood died November 2, 2021 after suffering a fall at home. He was born November 30, 1940 to Henry and Loraine Doornbos in Grand Rapids, Michigan.  Bob graduated from Grand Rapids Christian High in 1958 and followed with a degree in Transportation from Michigan State University in 1962.  He furthered his education by becoming an Interstate Commerce Commissioner in 1973.

In 1962, Bob married Judy Hoeksema in Grand Rapids. They were blessed with two sons, Rob and Jeff who they raised while living in Kenosha.  Bob worked as transportation Manager at Mobil Oil, American Hospital Supply, American Motors, and Johnson Controls, finishing out his career at Repap in Kimberly when he retired in 1998.

Bob had a lifelong love for maps, books and reading.  He enjoyed tying flies and fly-fishing whenever he had the chance.  He especially loved the Namekogan River near their cottage “up north”.  Time spent at the cabin with family meant the world to both Bob & Judy. Bob absolutely delighted in his grandchildren and their pursuits.  They will have lifelong memories of their Papa and his love for them.

Bob was preceded in death by his parents, his sister Mary and beloved son Jeff.  In addition to his wife Judy, Bob is survived by his son Rob Doornbos, his wife Kelly and grandchildren Will, Emery and Audrey of Chico, CA, and daughter in law Kim Doornbos Smith and grandson Adam Doornbos of New Berlin, WI.   Bob is further survived by his brother Gord, his wife Lisa and several nieces and nephews.

In accordance with Bob’s wishes, no service will be held and a private gathering for family and friends will be planned at a later date.  Remember Bob with his maps and books, planning the next trout stream he planned to conquer.

To order memorial trees or send flowers to the family in memory of Robert Alan "Bob" Doornbos Sr., please visit our flower store.