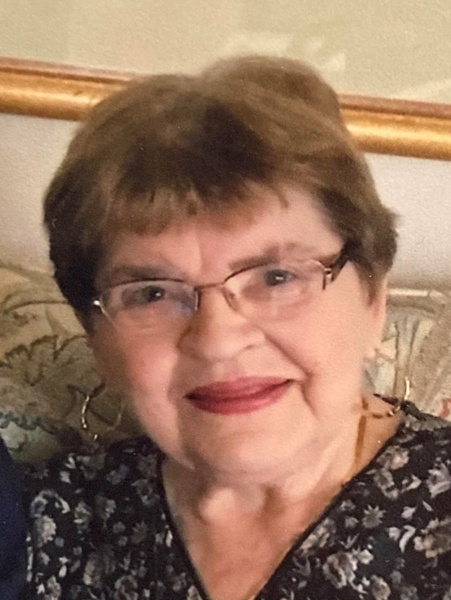 She was born Rita Ann Gribble in Iron Mountain, Michigan to the late Oliver and Elizabeth (Krall) Gribble on November 22, 1933.  In 1936 her father was killed in a work accident when Rita was only three years old.  Several years later her mother married Mike Ohmen who was a father to Rita and her sisters.

Rita graduated from Kingsford High School in 1952 and in September 1953 she married her high school sweetheart, Stanley Major. After 32 years of marriage, Stanley passed away in April 1986, but left their precious children, Susan (Michael) Otto of Sherwood, Michael (Janel) Major of Appleton and Pamela (Dan) Johnson of Minong along with devoted dog, Gus, who was Rita’s constant companion and protector.

Rita was a people person which explained why she enjoyed working in retail most of her life, starting with 5 years at S.S. Kresge, 15 years at W.T. Grant Co., 10 years at Kohl’s and 25 years at Shopko, retiring in 2010 at the age of 77.

Rita loved to laugh and enjoyed the company of family and friends.  She was always ready to try most anything. She liked to listen to and tell a good joke. Photography was her most passionate interest, rarely leaving home without her camera. She lovingly documented the subject, occasion, and date on each photo.  Rita felt she missed her calling by not being a professional photographer!

She discovered her love of travel in 1954-1955 when she joined Stanley in Germany while he served in the Army. Travels later in life took her to Ireland, Hungary, Czech Republic, Germany, Italy, France, Great Britain, Alaska, California, Hawaii and many other USA states.

Rita was an active member at St. John the Baptist Church in Menasha, WI. She participated in the Church Choir and Rosary Society and as a volunteer for the YMCA, PTO, Gegan Elementary School tutor, and PAC.  The Friday night ritual of a fish fry and playing cards with her good friends Dorothy, Theresa, Ethel, Jean, Marie, Edith and Betty were very special times for her.

The family would like to extend a warm Thank You to the Heritage staff for their wonderful care of Rita over the past several years.  She enjoyed living there!

You may also view the service here on this page by Thursday, January 6.

To order memorial trees or send flowers to the family in memory of Rita Ann Major, please visit our flower store.