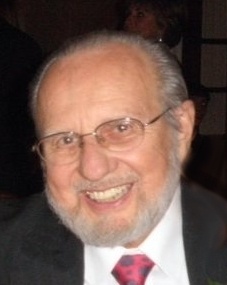 Richard P. Walbrun Sr., age 84, passed away on Wednesday, January 13, 2016 surrounded by the loving company of his family. Richard was born on July 8, 1931 in Menasha, and married his high school sweetheart, Arlene Grillheisel, in 1950. He described himself as a common man of uncommon experiences, and was known to his family and friends as a unique man of exceptional abilities and varied interests. He was an accomplished painter and sculptor; a researcher, writer and historian; a theologian, philosopher and iconoclast; an inventor, magician and storyteller, a novice bull fighter, an expert in agricultural modernization, and an avid Bible researcher and explorer of hidden knowledge who authored 5 books on topics related to his research. He was also a hunter, fisherman, bowler and golfer, an avid sports fan, and a lifelong fan of the Green Bay Packers and the Chicago White Sox. He was endlessly curious, a self-educator, and a patient teacher who loved to share his knowledge with others. One of his greatest delights was teaching his adoring grandchildren and great grandchildren how to draw, paint and golf.

Richard had many noteworthy professional accomplishments. He started his career as a graphic commercial artist, and became a highly successful ag-marketing and advertising executive. He was listed in Who's Who in America, Who's Who in the Midwest, Who's Who in Advertising, Personalities in the Midwest, Notable Americans of 1976-77, Wisconsin Men of Distinction, and England's International Men of Achievement. He became one of the world's leading authorities on farmstead mechanization, and authored materials used by several major university teaching programs, the USDA, and international government programs.

The memorial service for Richard will be held on Friday, January 22, 2016 at 6:00 PM at the WICHMANN FUNERAL HOME, TRI COUNTY CHAPEL, 1592 Oneida St. A time of visitation will be held on Friday from 3:00 PM until the time of the service at the funeral home. In lieu of flowers, a memorial fund has been established. The Walbrun family would like to express our sincere appreciation and gratitude to the entire 2nd floor care team at St. Elizabeth's Hospital for their exceptional professionalism and empathy during Richard's stay.

To order memorial trees or send flowers to the family in memory of Richard P. Walbrun, please visit our flower store.