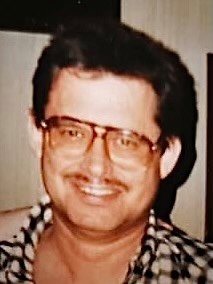 Richard (Rick) was born on February 23rd, 1951 to Douglas and Betty Nelson in Rice Lake, Wisconsin. The family moved to Palmyra, Wisconsin where Rick attended school and graduated from Palmyra High School in 1969. He went on to study at the University of Wisconsin-Eau Claire where he was a proud member of Alpha Kappa Lambda Fraternity and then transferred to the University of Wisconsin-Whitewater, where he graduated with a Bachelor’s Degree in Business Administration in 1974. While attending UW-Eau Claire he met Patrice Brennan and they married in 1974.  Rick and Patrice welcomed a son, Eric Richard, on October 20th, 1978.  They later divorced.

Throughout his career, Rick was strong in his entrepreneurial spirit.  He began his career working for Prudential Insurance in Sales from 1974-1978. During this time he also became part owner of the Olde Tankard Tavern in Sheboygan. In 1979, he followed his true passion working as a Realtor for Century 21, Rautmann Realty where he sold both commercial and residential properties in Sheboygan. In 1984 he opened two tanning studios in Sheboygan and he later continued his career in real estate in Wausau and Northern Wisconsin.

Anyone who knew Rick would share how much his family meant to him. Especially his son, Eric, who was the absolute pride and joy of his life.  His grandchildren were also the light in his life and he loved keeping up with their sports, hobbies and sharing his favorite homemade meals together. Rick cherished being a brother to his sisters and brother and lovingly referred to himself as the smartest and the best looking Nelson sibling. He jokingly called himself “Ricky Nelson” after the musician/songwriter. His smile was contagious to all that loved him.  He was always laughing, dancing and singing to his favorite Elvis and Beach Boys songs. When he wasn’t singing or dancing, you could always find him in front of the TV, watching his favorite Patrick Swayze movie. Rick was an amazing story teller and loved to make everyone laugh at his jokes. His grandchildren gave him the name “Grandpa Whippersnapper” because he referred to them as “Little Whippersnappers” as they were growing up. His sense of humor will be dearly missed by all who loved him.

In May of 2019, Rick moved to Greenville, Wisconsin to be closer to his son, Eric and his family.  Survivors include his son, Eric (Melissa) Nelson and his grandchildren Preston, Carter, Drew, Jaxon, Ryker and Chayse. His sisters, Lynda Turner, Cindy (Alan) Kumbier, Sheree (Ron) Fischer and Laurie (Greg) Adams and many beloved nieces and nephews.

A memorial service will be held at 1:00pm on Saturday, July 23, 2022, at Wichmann Funeral Home, 537 N. Superior Street, Appleton. Visitation will be on Saturday at the funeral home from 11:00am until the time of service. Rick will be laid to rest near his mother and brother in Mauston Cemetery. In lieu of flowers, a memorial will be established at a later date.

In Rick’s own words, “Remember that you only go around once, so do your best each day and don’t worry about tomorrow”.

To order memorial trees or send flowers to the family in memory of Richard Alan Nelson, please visit our flower store.