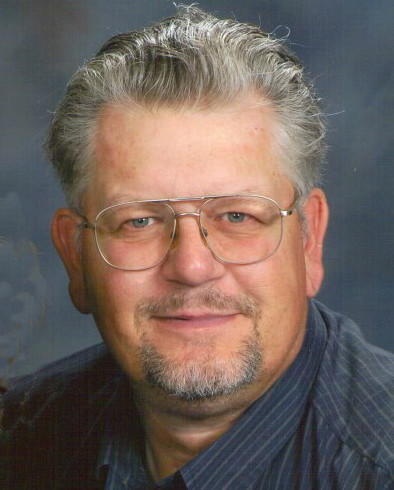 Richard “Dick” J. Dombrowski, 63, of Freedom, passed away on Friday, September 20, 2013 at St. Elizabeth Hospital. Dick was born on December 18, 1949 to Edward and Lillian (Springstroh) Dombrowski. On November 11, 1970 he was united in marriage to Christine Gonnering at St. Nicholas Catholic Church in Freedom. Dick worked from a young age with his father in the house moving business and ran the business until he sold it to his brother. He then went into farming until he began working for the Town of Freedom as a maintenance engineer for 22 years until his retirement. Dick loved going up north with his family. He loved working with anything mechanical, including working on cars and junking. Most importantly he loved spending time with his wife, children and grandchildren and those times will always be treasured. Dick was a member of St. Nicholas Catholic Church and Freedom VFW Post 7692.
Dick is survived by his wife Chris, two children; Vicky (Jeff) Calaway, Appleton, Dan Dombrowski, Freedom, four grandchildren; Alex, Amber, Riley and Cassidy Calaway, six brothers and sisters; Eugene (Betty) Dombrowski, Mary Dombrowski, Pat (Lonny) Scott, Ed Dombrowski, Ron (Patti) Dombrowski, and Sandra Dombrowski, Chris's sisters and their families, nieces, nephews, other relatives and friends including Casper and Summer.
Dick was preceded in death by his parents, Chris's parents Dan and Betty Gonnering, a sister-in-law Dawn Dombrowski and a brother-in-law Richard Brennecke.
The funeral service will be held on Wednesday, September 25, 2013 at 6:00 PM at ST. NICHOLAS CATHOLIC CHURCH, W2037 County Rd S, Freedom. Interment will be in the St. Nicholas Cemetery. A time of visitation will be held on Wednesday from 3:00 PM until the time of the service at the church.
Chris would like to thank all the family and friends for their care and support over the last five years. The family would also like to thank Dr Goggins, Dr Conkright, Jenny and Sara and the entire staff of Fox Valley Hematology and Oncology as well as the oncology unit at St. Elizabeth Hospital for all they have done.

To order memorial trees or send flowers to the family in memory of Richard J. Dombrowski, please visit our flower store.