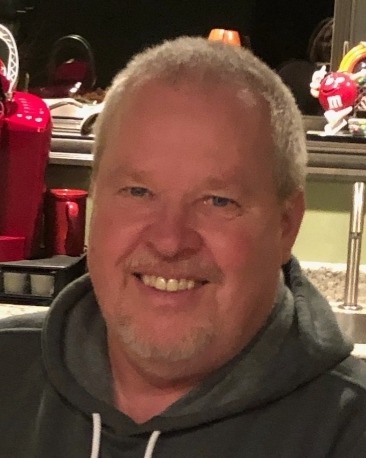 Richard “Rick” Raymond Franda, age 62 of Kaukauna, WI passed away peacefully after a brief illness on November 29, 2022 surrounded by his family. He was born to Raymond and Judith (Whistler) Franda on June 12, 1960 in Elkhart Lake, WI. Rick served his country by enlisting in the Army, being stationed in Germany from 1978 to 1981. In May of 1993, Rick married Christine Thiel whom he loved, honored, and cherished. His educational background included Associate degrees from LTC and NWTC and his Bachelors degree in engineering from MSOE. He worked for various employers over the years and currently worked for AFRY LLC, an engineering firm in Appleton.

Rick’s Catholic faith was most important in his life. He loved the Latin Mass and was a member of St. Patrick’s Oratory in Green Bay as well as St Pius X Parish in Appleton. He had a talent for music, playing guitar and drums, but it was his beautiful singing voice that is most remembered. Rick loved his family deeply. He treasured the time spent with his dad or family members up at the cabin and the “arghing” ritual, all the good times had at the lake home he shared with Chris, and most recently all the landscaping and gardening projects at their new home in which he took pride. He knew how to enjoy a good beer, oftentimes on the patio or front porch of their home. You could always tell when Rick was nearby because of his boisterous laugh and his smile that lit up any room.

Rick is preceded in death by his father, Raymond; his niece, Tori Heimann; his parents-in-law, Frederick and Rita Thiel; and his brother-in-law, Ronald Thiel.

A funeral visitation will be held for Rick on Monday, December 5 from 3-5 PM at St. Pius X Catholic Parish, 500 W. Marquette St, Appleton, WI with a funeral mass to follow at 5 PM. Rick will be laid to rest the following day at Holy Name of Mary Cemetery in Maplewood, WI.  Please consider making a donation to the Code of Vets in honor of Rick using the link below.

The family would like to extend a special thank you to the staff at Thedacare Regional Medical Center in Appleton for the care and compassion they provided during his illness.

To order memorial trees or send flowers to the family in memory of Richard R. Franda, please visit our flower store.