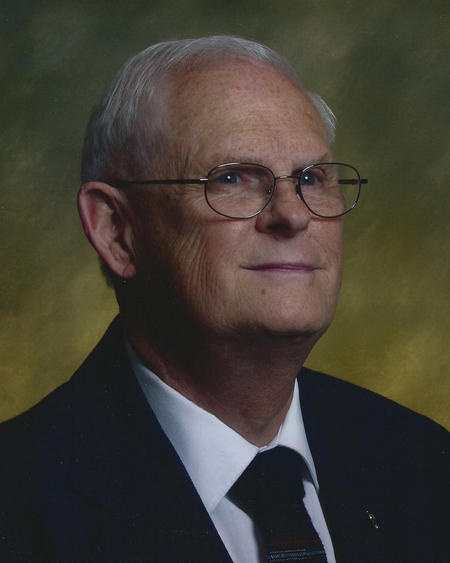 Richard “Dick” Polansky, 81, was called to his heavenly home on September 20, 2013.
He was born on April 8, 1932 to Carl and Ella (Schroeder) Polansky in Wisconsin Rapids. Dick started his career when he was in the sixth grade, helping out at the service station his father purchased on the corner of 8th Street and Grand Avenue. He graduated from Lincoln High School in 1950. After joining the National Guard, Dick served the Army as a Sergeant in Munich, Germany from 1954 to 1956. When he returned home, he continued to serve the Guard and worked alongside his father and three brothers at the service station. The four Polansky brothers purchased land on 8th Street South, and opened the Polansky's Buick Opel dealership in 1969.
Dick served his community and profession in countless ways. He was on an advisory team for automotive technology at Midstate Technical College. Dick volunteered to coach inmates at Oxford Correctional Facility to help them become successful in their return to society. He was on the Board of Directors for the Chamber of Commerce, serving for nine years including a term as president. Dick was instrumental in overseeing the construction of the present Chamber of Commerce office building. He joined the Board of Directors of WISCO, a consortium of Wisconsin auto dealers, and also served as President. Dick was active in the United Methodist Church of Wisconsin Rapids, serving as chair of the Staff Parish Committee and chair of the Board of Trustees for seven years. He was active in Kiwanis International, holding numerous roles including President. He became known as “Mr. Peanut” while serving as chair of the Peanut Drive. Dick and the Buick dealership received many awards over the years; a testament to the exemplary commitment to service made by Dick and his brothers.
After the brothers sold the Buick dealership, Richard retired to serve his community in local government. He was elected Alderman, serving for six years on the City Council. His assignments included the Planning Commission, Industrial Development, Human Relations Committee, and the Finance Committee. Dick was very active in establishing the Centralia Center for Senior Citizens. He served on the County Board for two years, getting involved with merging several dispatch units into one communications center. Dick was a member of the Service Corps of Retired Executives, where he assisted future entrepreneurs. Dick moved to Appleton in 2008 where he continued his Kiwanis membership, marking over 50 years of active Kiwanis service to others.
Dick had the good fortune of marrying Margaret Mlada in1961, and they enjoyed 40 years of happiness together before her passing. In 2007, Dick and MaryAnn Steinberg made a blessed commitment to each other to live life together to its fullest.
Dick had a strong work ethic, and believed in helping others and providing for his family. He loved time with family and friends alike, and kept in touch with his children, grandchildren, cousins, nieces, nephews, and more. His hobbies included Packer and Badger games, Sheephead, Cribbage, Bridge, and navigating the waterways of Lake Sherwood and Waupaca's Chain of Lakes. Dick enjoyed travel, and explored Africa, Australia, China, Germany, Hawaii, Japan, and Norway, to name a few. A snowbird in retirement, Dick found winters in Arizona and Florida much to his liking.
Dick is survived by his children Marie (Jeff) Widder of Mequon, and John (Traci) Polansky of Appleton; and grandchildren Elizabeth Widder, Andrew Widder, and Carly Polansky. Dick is further survived by MaryAnn Steinberg, Greg Steinberg, Shelly (Bill Smith) Steinberg, Joy Steinberg, sister-in-law Anne (Huntzicker) Mlada, and many beloved nieces, nephews, cousins, relatives, and friends.
Dick was preceded in death by his parents, brothers Carl (Joyce), Elton (Norma), and David, brother-in-law Austin Mlada, cousins, relatives, and friends.
A visitation will be held on October 5, from 1:00 PM until 2:00 PM at the Wichmann Funeral Home Tri-County Chapel, 1592 Oneida Street, Menasha, followed by a 2:00 PM service. Online condolences may be expressed at www.wichmannfargo.com.
In lieu of flowers, please consider of a donation to the American Cancer Society, Kiwanis International, or the Richard and Margaret Polansky Family Scholarship Fund at Incourage Community Foundation of Wisconsin Rapids.

To order memorial trees or send flowers to the family in memory of Richard "Dick" Polansky, please visit our flower store.