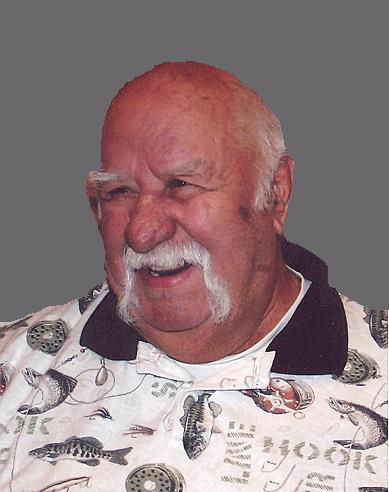 Richard (Dick) Frederick Capelle Jr., age 83, went to be with the Lord on the evening of Wednesday, August 10 after a courageous battle with cancer. He was born April 13, 1933 in Weyewega, WI to the late Richard and Luicille (Bork) Capelle.

Dick served our great country in the United States Army. He worked the majority of his career for the City of Neenah driving heavy machinery. In retirement, Dick moved to Wild Rose, WI and worked at Pineland Park bartending and cooking. He was well known for his Friday fish fry and his friendly banter. He enjoyed fishing, hunting, cooking and making his own fine wines.

Dick was preceded in death by his son, Richard Allan Capelle; his brothers: Alfred Capelle and Frank Capelle; his sister Ginny Kopitzke; his son-in-law Dale Bettinger; and his parents: Richard and Lucille Capelle.

A memorial service for Richard will be held at 11 a.m. on Saturday, August 13, 2016 at his beloved church, IMMANUEL LUTHERAN CHURCH, 9077 North Road, Fremont, WI 54940. There will be a time of visitation from 9 a.m. until the time of service. Online condolences may be expressed at www.wichmannfargo.com.

We would like to express our heartfelt thanks to Fox Valley Hematology and Oncology for all their care and compassion, especially Dr. Klinkhammer.
You will forever be in our hearts. Love you.

To order memorial trees or send flowers to the family in memory of Richard Capelle, Jr., please visit our flower store.