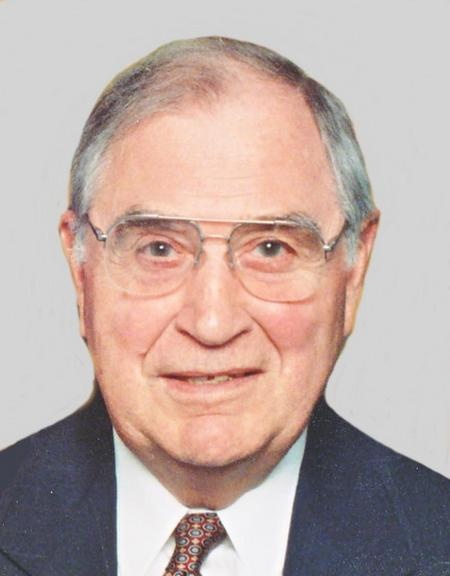 Pastor Marcus Albrecht, age 87, passed into the waiting arms of his Lord on Thursday morning, May 10, 2012. Pastor Albrecht was born in Tolstoy, South Dakota, on June 19, 1924, son of the late Paul and Marie (Hoffmann) Albrecht. He attended Northwestern Lutheran Academy in Mobridge, South Dakota, earned his Bachelor's Degree from Northwestern College in Watertown, Wisconsin, and graduated in 1948 from Evangelical Lutheran Theological Seminary in Thiensville, Wisconsin. Pastor Albrecht married the former Margaret Mielke in Shiocton on May 29, 1955. His first assignment was as pastor in Akaska, South Dakota, which was followed by a teaching assignment at Martin Luther Preparatory School in New Ulm, Minnesota. Later he accepted a call to teach at Burr Oak Ev. Lutheran Church in 1951, and then served as pastor at Burr Oak as well as St. Paul's Ev. Lutheran Church in Melrose from 1961 until his retirement in 1991. His related professional activities included serving as editor of Faith-Life, a religious periodical. Pastor Albrecht had a life-long love of baroque music, especially that of J.S. Bach. He enjoyed traveling throughout the U.S., and, in his later years, to Europe.

The Christian Funeral for Pastor Albrecht will be held at 2:00 PM on Monday, May 14, 2012 at First Evangelical Lutheran Church, N5610 Broad Street in Shiocton, with Rev. Floyd Brand officiating. Interment will follow in Bovina Cemetery. Friends may call at the funeral home on Sunday from 6:00 PM until 8:00 PM, and again at the church on Monday afternoon from 1:00 PM until the hour of the service. In lieu of flowers, a memorial fund is being established to honor Pastor Albrecht's memory.

To order memorial trees or send flowers to the family in memory of Rev. Marcus Albrecht, please visit our flower store.