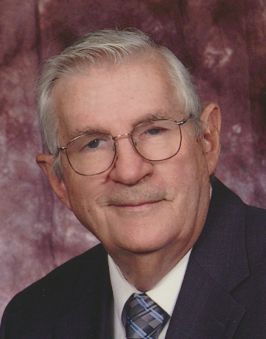 John Murphy, age 84 of Appleton, was called safely home to the arms of his Lord on Monday, February 11, 2019. John was born in Chicago on August 28, 1934, son of the late John and Alice (Dobbert) Murphy. Pastor attended and graduated from Northwestern Preparatory School and Northwestern College, both in Watertown, and Wisconsin Lutheran Seminary in Thiensville. On June 7, 1958, John married Rita Maron of Watertown. Their marriage was blessed with five children. His vicar year was served in Milwaukee, and after ordination served three churches in North Dakota, followed by St. John’s Lutheran in Mukwonago, and then taught religion and coached football at Fox Valley Lutheran High School for fourteen years. He was an avid fan of the Green Bay Packers, and also enjoyed camping, fishing, hunting, reading and travel.

The Christian Funeral Service for Rev. John Murphy will be held at 3:00 PM on Sunday, February 17, 2019 at Mount Olive Lutheran Church, 930 E. Florida Avenue in Appleton, with Rev. Joel Zank officiating. Family members and friends are invited to gather directly at the church on Sunday afternoon from 1:00 PM until the hour of the service. A private burial will take place at Riverside Cemetery in Appleton. A memorial fund is being established.

The family would like to extend their sincere thanks to the entire staff of ThedaCare, especially to the caregivers at Cherry Meadows. Your thoughtfulness, care, and concern will always be remembered by our grateful family.

I know that my redeemer lives, and that in the end he will stand on the earth. And after my skin has been destroyed, yet in my flesh I will see God; I myself will see him with my own eyes - I, and not another. How my heart yearns within me! Job 19: 25-27

To order memorial trees or send flowers to the family in memory of Rev. John F. Murphy, please visit our flower store.