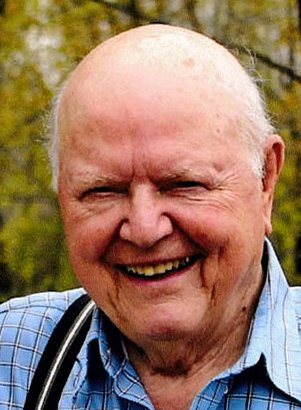 Margaret Jane Knudson and Raymond were married in Anniston, Alabama on April 15, 1945, while he was stationed at Fort McClellan. He went on to serve his country in the Philippines as a member of the US Army. They celebrated their 74th anniversary last April.

Raymond worked at Galloway Company in Neenah for 30 years in the maintenance department. At home, he loved to tinker and was a jack of all trades. Everyone brought him their broken things to fix, and he willingly got them working again. Ray was proud of his home, mowing the lawn and blowing the snow well into his 90's.

Per his wishes, there will be no funeral and his remains will be cremated. The private burial will be at Greenleaf Cemetery in Marion.

To leave a special memory or condolences for Ray's family, please sign the guestbook below.

To order memorial trees or send flowers to the family in memory of Raymond L. Rodgers, please visit our flower store.