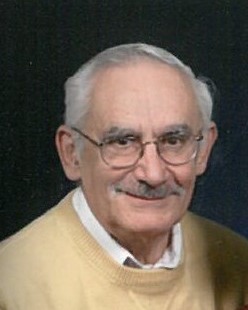 Raymond (Ray) Michael Driessen, 83, died November 1st at his home in Kaukauna, surrounded by his family, after a short illness. Ray was born on June 27, 1939 in Appleton to Florence and Raymond Driessen. He grew up in Dundas, attended St. Francis in Hollandtown and then graduated from Kaukauna High School in 1957. He married Judith (Judy) Lamers and together raised 5 children.

After "Blackie" retired from Van Abel's in Hollandtown, where he worked for over 60 years, and Badger Northland/Miller St. Nazianz, he enjoyed volunteering for the Kaukauna Athletic Club, Loaves and Fishes Food Pantry and St. Joe's Food Program.

Ray was preceded in death by his young son Mark, his parents, his sister Darlene, and his in-laws Mary and Gordon Lamers.

Funeral Services for Ray will be on Monday, November 7, 2022 at 6:00 PM at Wichmann Funeral Homes, Fargo Funeral Home of Kaukauna. There will be a gathering at the funeral home from 3:00 PM to 6:00 PM on Monday. Interment will be at Appleton Highland Memorial Park in Appleton. For more information and to express condolences, please visit www.wichmannfuneralhomes.com.

To order memorial trees or send flowers to the family in memory of Raymond M. "Ray" Driessen, please visit our flower store.