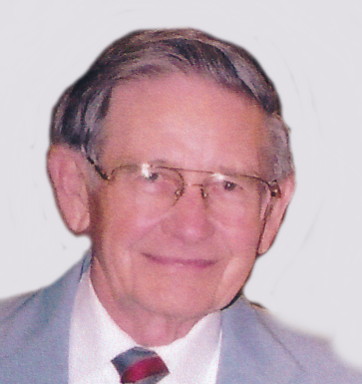 Raymond Gensler, age 87, passed away at a local nursing center on Thursday afternoon, October 20, 2011. Raymond was born in Clintonville on September 19, 1924, son of the late Erwin and Esther (Buth) Gensler. He attended Clintonville schools until the 10th grade, at which time the family moved to Kaukauna. He graduated from the Kaukauna High School in 1942 and was a member of the National Honor Society. Raymond attended machinist school for a time before entering into the service of the United States Navy in 1943. He was discharged after three years of service in 1946. During this time, he served at many stations, most notable aboard the aircraft carrier USS Ommaney Bay. Raymond wrote and compiled a lengthy and detailed historical book about the navy and his vessel, and dedicated it to his wife Marlene (nee Sasnowski) whomh he married on August 30, 1952. From 1955 until 1974, Raymond worked at E and R Construction in Neenah, in a variety of roles, retiring in 1981. Until 1989, he worked on his own as a carpenter and remodeler. He was a life member of Arthur Gensler VFW #664 in Clintonville, where he served as Chaplain at one time. Raymond was also a longtime member of First English Lutheran Church in Appleton

Survivors include his wife: Marlene B. Gensler of Appleton; a brother: Harold (Marlene A.) Gensler of Appleton; a brother-in-law: Edward (Judith) Sasnowski of Kaukauna; a sister-in-law: Dolores Stoop of Freedom; and his Godchildren: Steven Gensler and Kathy Draeger. He is further survived by his neighbor friend: Michael Delfosse; his dog Louie, and many nieces and nephews. Ray was preceded in death by his parents, a brother-in-law: George Stoop; and a sister-in-law: Shirley Gensler.

Funeral services for Raymond will be held at 11:00 AM on Saturday, October 22, 2011 at CHRISTUS LUTHERAN CHURCH, 120 N. Main Street in Clintonville, with Rev. Alan Daugherty officiating. VFW #664 and American Legion #63 will provide military honors at Graceland Cemetery. Friends may call at the church on Saturday morning from 9:00 AM until the time of the the service.

To order memorial trees or send flowers to the family in memory of Raymond A. Gensler, please visit our flower store.