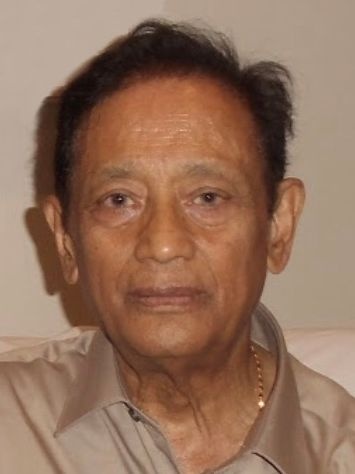 After his birth in Kenya, Rashmi returned to his family’s native India, and spent his childhood in the state of Gujarat. He graduated from Maharaja Sayajirao University of Baroda with a Bachelor’s degree in chemistry and received a specialized degree in paper chemistry from the University of Mumbai (known earlier as University of Bombay). He later came to the United States and completed a Master’s degree in chemical engineering at the University of Detroit. After working for Kimberly-Clark in Michigan and Ohio, Rashmi moved to Appleton in 1971 with his family. In 1976, Rashmi and his wife became naturalized citizens. Rashmi also worked at NCR Paper and Appleton Papers, where he was a chemical engineer for more than 25 years. In his work, Rashmi designed and invented new carbon less paper products that resulted in two patents.

A man of widespread interests and an adventurous spirit, Rashmi was a world traveler, an avid cricket and badminton player, an amateur photographer, and an entrepreneur who started several businesses outside of his engineering work. A compassionate and generous person, he believed that the opportunity to prosper should be given to all, and he shared his love of this country by helping many of his relatives establish their lives in the United States. He was proud of his role as a co-founder of the Hindu Temple of Northeast Wisconsin in Kaukauna and was an active member of the Fox Valley Indian Association. After retirement, Rashmi enjoyed traveling with his wife and spending time with his daughters and grandchildren.

A ceremony for Rashmi will be held at 1:00 PM, Saturday, August 4, 2018 at Wichmann Funeral Home, 537 N. Superior Street, Appleton, Wisconsin 54911. Online condolences may be expressed at www.wichmannfargo.com.

To order memorial trees or send flowers to the family in memory of Rashmikant Patel, please visit our flower store.