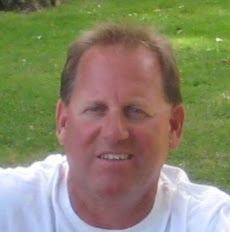 Ramon John Altobelli, 57, passed away unexpectedly at his home in Menasha, Wisconsin, due to natural causes, on October 24, 2019. Ramon was born on April 14, 1962 in Escanaba, Michigan to John and Rena Altobelli and he is survived by his two children Dominic and Anthony Altobelli.

Ramon grew up in Escanaba, Michigan and loved to play sports with his three brothers Danny, Tony and Dean and his sister Paula. He attended St. Anne’s Catholic Church in Escanaba, where he served as an altar boy. He was an active Boy Scout and enjoyed being a paperboy. Ramon attended Escanaba High School where he played varsity tennis and football for the Escanaba Eskymos who reached the State Finals in 1979. He also grew up playing baseball.

Ramon was a volunteer coach for Dominic and Anthony’s sports teams and he loved practicing sports with his sons and cheering them on at their ball games.

Ramon was passionate about cooking, grilling and entertaining family and friends. He enjoyed outdoor activities including golfing, boating, skiing and snowmobiling. Ramon was an avid sports fan and was especially passionate about the Green Bay Packers, Milwaukee Brewers, Michigan State Spartans and the University of Alabama football team.

Ramon loved life and people adored his outgoing, fun loving personality. He was very giving and he made friends everywhere. Ramon was very passionate about the holidays and loved celebrating them with his family and friends.

The visitation for family and friends will be on Tuesday, October 29, 2019 at St. Mary’s Catholic Church, located at 312 S. State Street in Appleton, Wisconsin from 2:30 PM to 5:30 PM. The Mass of Christian Burial will follow visitation at 5:30 PM with Fr. Bill Swichtenberg officiating. A private burial will be at a later date in the Upper Peninsula of Michigan.

To order memorial trees or send flowers to the family in memory of Ramon J. Altobelli, please visit our flower store.