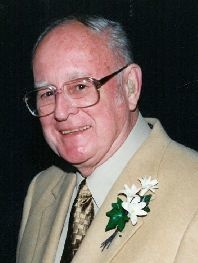 Ralph V. Braun, age 92, passed away on Sunday, August 14, 2016. He was born in Fort Wayne, Indiana, the only child of the late Albert and Esther (Saffen) Braun. Ralph received a Bachelor of Science degree in Chemical Engineering in 1945 from Purdue University. Upon graduation, Ralph began a long and productive career as a Chemical Engineer with Kimberly Clark.

Ralph met Mary Vanden Hogen, the love of his life, while serving as a chemist in the Kimberly Mill. They were married in Sylacauga, Alabama on February 11, 1950 and moved to Neenah in 1955. Ralph developed a number of products which helped the company rise to prominence in the areas of medical and consumer products. Ralph was awarded fourteen patents while working for Kimberly Clark, and received the Ernst Mahler award in 1983 in recognition of outstanding accomplishments in research and engineering.

Ralph was a voracious reader, played volleyball, was skilled in woodworking and jewelry design, built telescopes, sang in a Barbershop Quartet and was active in the Knights of Columbus. Ralph was the quintessential Renaissance man with an insatiable curiosity and famous quick, dry wit, but first and foremost, he was a true gentleman, an adoring husband and loving father of four daughters. He will be missed dearly.

Ralph is survived by Mary Braun, his loving wife of over sixty-six years; his four daughters, Pamela, Penny, Patricia and Paula, ten grandchildren and five great-grandchildren. He is further survived by many nieces, nephews and other relatives and friends.

The funeral liturgy will be held on Friday, August 19, 2016 at 11:00 a.m. at ST. THOMAS MORE CATHOLIC CHURCH, 1810 N. McDonald Street in Appleton. Visitation will take place the night before on Thursday, August 18, 2016 starting at 4:00 p.m. until the time of the prayer service at 7:00 p.m. at Wichmann Funeral Home, 537 N. Superior Street in Appleton. Visitation will continue on Friday starting at 10:00 a.m. until the service at church with the Rev. James Vanden Hogen officiating. Inurnment will be held at St. Mary's Cemetery in Menasha at a later date. In lieu of flowers, a memorial fund has been established in Ralph's name. Online condolences can be offered at www.wichmannfargo.com.

To order memorial trees or send flowers to the family in memory of Ralph V. Braun, please visit our flower store.