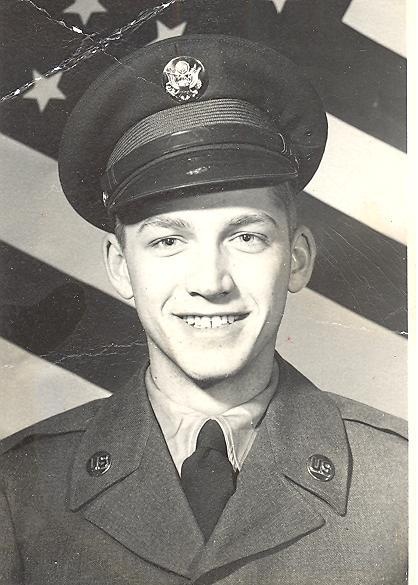 Ralph Edward Kuhr, age 81, of Appleton, passed away surrounded by his family on Monday, September 30, 2013 at Renaissance Assisted Living. Ralph was born on May 27, 1932, son of the late Edward and Della Kuhr. He graduated from Menasha High School in 1950 and two years later married Patricia Binner on August 30, 1952. Ralph and Patty shared 62 wonderful years on marriage.

While in high school, Ralph was the drummer for the big band the Flats and Sharps. After high school, Ralph began working at Banta as a press man before he was drafted into the United States Army. He proudly served his country for two years receiving the Bronze Star with V for valor. After the war, Ralph returned to work at Banta where he became supervisor. He retired from Banta after 47 years of service.

Ralph had a passion for serving his community. He volunteered for many organizations including the safety committee at work, working in the pharmacy at the Veterans Clinic, delivering blood to the blood bank, was a member of the good Samaritans, wrote articles for BRAVO and spent many hours at the Hannermanns green house. Ralph was also a member of the E.A.A., the N.R.A. and the Republican National Committee. When not volunteering, Ralph enjoyed playing the drums and deer hunting. He was also a true patriot, flying a flag every day of the year. He was a proud supporter of the troops and attended many Flag Day parades. Above all, Ralph loved and cherished the time he spent with his family.

Ralph is survived by his loving wife Patty; his three children, Scott (fiancé Stacy) Kuhr and Stacy's children Nathan and Lincoln Forbeck of Freedom, Cheryl (David) Kiesow of Menasha and Paul (Jill) Kuhr of Appleton; five grandchildren, Karl Kuhr, Carrie (fiancé Mark) Kiesow, Callie Kiesow, Aaron (Evelyna) Kuhr and Lauren Kuhr; and his brother Jim Kuhr. He will also be remembered by many nieces, nephews other relatives and friends, as well as his second family the Boldig's. Ralph is preceded in death by his parents, Edward and Della Kuhr .

The funeral service for Ralph will be held at 11:00 a.m on Friday, October 4, 2013 at the WICHMANN FUNERAL HOME TRI-COUNTY CHAPEL (3212 S. Oneida St. Menasha) with Rev Tim Albrecht officiating. A time of visitation will be held from 10:00 am until the time of service with military honors to follow. Online condolences may be expressed at www.wichmannfargo.com.

The Kuhr family would like to thank Theda Care at Home Hospice and the staff at Renaissance Assisted Living.

To order memorial trees or send flowers to the family in memory of Ralph Edward Kuhr, please visit our flower store.