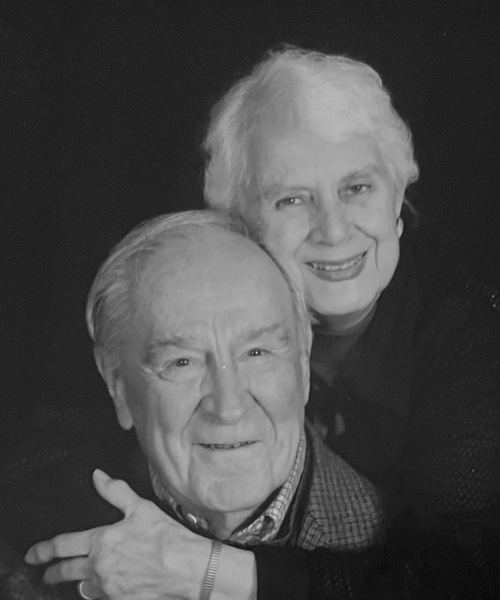 Philip J. Sealy, Sr., age 95, of Appleton, Wisconsin, passed away December 22, 2021, five days before his wife of almost 70 years, Faith Francis Sealy. He was preceded in death by his parents, Edwin and Vivian Sealy. He is survived by children, Pamela (Steve Gilling), Susan Arquette, Beth Taubel (Bill), Philip Jr. (Karen Barton), ten grandchildren, seven great grandchildren, sister-in-law Mary Francis and nephews Peter, Rob and Bart Francis. He is also survived by friends at All Saints Episcopal Church, the Fox Valley arts community, his Rotary club, and many others.
He was an Eagle Scout and member of the Order of the Arrow. He served in the Army Air Corps in World War II. He earned a bachelor’s degree from Hobart college in upstate New York, where he met and fell in love with his future wife, Faith Francis.
He was an avid outdoorsman and gifted artist, as well as a community leader, and devoted much time and energy to his friends in Menominee County in support of their efforts to reclaim traditional crafts and culture. He was generous with his talents and had an encyclopedic memory. He was instrumental in the evolution of the Fox Cities’ arts community, and will have a display of his work at this summer’s Art in the Park.  He was a longtime member of All Saints Episcopal Church. He was at his wife’s side every day as she faltered. Ever the gentleman, he went first to hold the door open for her. His spirit stays with us through his art, but he is sorely missed.
The funeral service for Faith F. and Philip J. Sealy will be Saturday May 14 at 1:00 pm at All Saints Episcopal Church, 100 N. Drew St., Appleton Wisconsin. Bon Voyage party immediately following the service at the church, at Faith’s request. For more information and to express condolences, please visit www.wichmannfuneralhome.com.

To order memorial trees or send flowers to the family in memory of Philip J. Sealy, please visit our flower store.