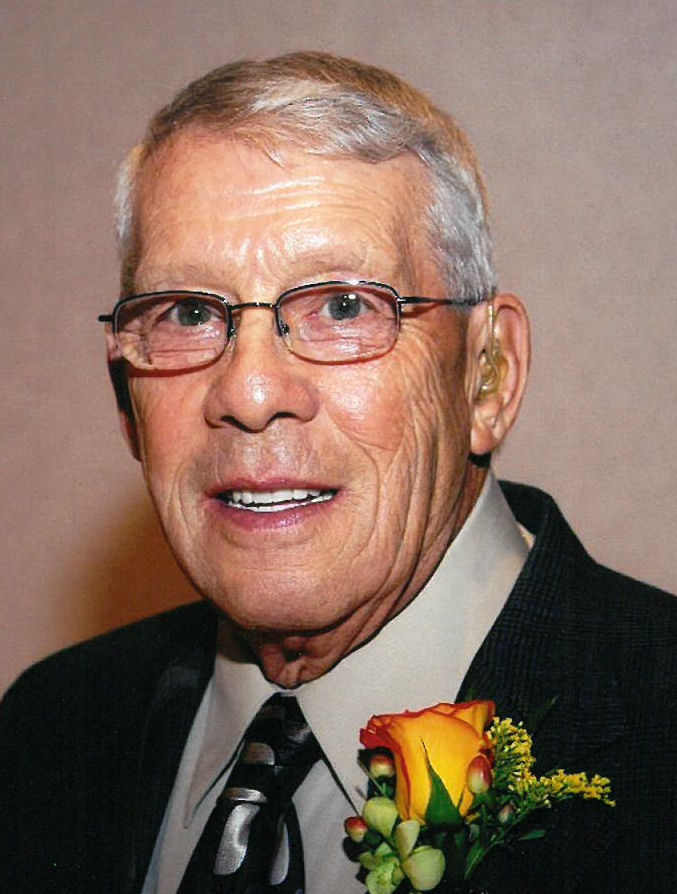 Peter Nickols Tracanna, 80, passed away on Sunday, May 20, 2018. Peter was born on July 1, 1937 to the late Frank and Mary Ann (Menard) Tracanna at home in Appleton, the youngest of seven children.

Peter attended Appleton High School. He then served in the US Marine Corps from 1954 until 1957 and reserves from 1960 until 1962. Peter graduated from Fox Valley Technical School as a Machinist earning his Journeyman. He provided his talent and hard work ethic to many Fox Valley machine shops, retiring from Voith Inc as Shop Supervisor in 2007.

Peter married Elaine Van Zummeren on August 8, 2009 at Prince of Peace Lutheran Church, where he was a member. Peter is further survived by a brother-in-law William (Leah) Totzke, and their children and sister-in-law Garnet Lehrer, and his niece Judy (Ron) Wruck and family. His wife Elaine and her daughter Lynn (Patrick) Nichols, step grandchildren; Ashley (Kyle) Norman, Drew (Hope) Brunkey and Jordan Nichols, step great grandchildren Mackenzie, Nora and Carlene.

Peter was preceded in death by his parents, his first wife Barbara, and a son Anthony.

Peter always wanted to help and share his mechanical talents, he could fix anything and often did. He would say “don’t throw it away, I’ll fix that.” Peter was a regular blood donor at the Community Blood Center, a 10 plus gallon donor. He volunteered at the Red Cross in Appleton. Peter was a member of the Neenah-Menasha Elks #676 and the American Legion Post 38 in Appleton where he served in the Funeral Honor Guard. He also served on the FVTC Machinist Program Board of Advisors for several years.

Peter’s greatest achievement included his claim to fame in helping to machine and build the Burk Brise Soleil at the Milwaukee Art Museum while employed by Voith. His joys were the grandchildren and seeing them exceed in sports, music and drama. He was there to cheer them on whenever possible. Peter enjoyed drawing and painting in watercolors. He attended art classes and shared many of his works with friends and family. Peter loved to travel and went on many trips with family throughout the years.

The funeral service for Peter will be held on Friday, May 25, 2018 at 11:00 AM at PRINCE OF PEACE LUTHERAN CHURCH, 2330 E. Calumet St. with Rev. Roger McQuistion officiating. A time of visitation will be held on Friday from 9:00 AM until the time of the service at the church. Inurnment will be in the Riverside Cemetery.

Online condolences may be expressed at www.wichmannfargo.com. In lieu of flowers a memorial is being established in Pete’s name. The family would like to thank the medical staff at Theda Care, Neenah and his pulmonary doctor, Dr Nonn.

To order memorial trees or send flowers to the family in memory of Peter Nickols Tracanna, please visit our flower store.