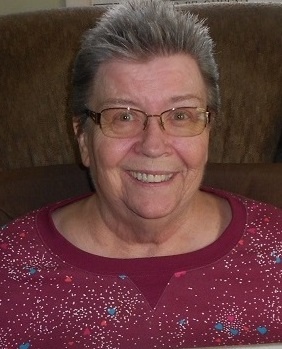 Peggy M. (Sue) Brooks-Rosenthal, age 75, passed away on October 25, 2021 in Appleton, WI. Peggy was born in Madison, WI on April 17, 1946. In April of 1947 Herbert and Anita Beyer traveled to Madison and adopted her and brought her back to their farm near Marion, WI to be part of their family. They would later adopt her brother, Alan.

She attended Marion High School where she excelled in music playing her flute, piccolo, piano, and sang in the chorus. She graduated in 1964 and moved to Appleton, WI to work at AAL for five years and then Marathon Engineers (Poyry LLC) for 37 years.

Over the years Peggy traveled to many places including Florida, Vegas, New Orleans, Atlantic City, Mexico, and Jamaica. She loved going camping and fishing, going up north to the cottage and spending time with her pets, Lexi, Suzie, Kiki, Dani, and Sami. She also played on dart and pool leagues. Her favorite time of the year was Spring when she could plant her beautiful flower gardens and spend time on her patio with Randy, Russ, Sandy and Tom. She also was an avid Packer and Badgers fan.

Peggy was married a couple times but finally got it right when she married her husband and best friend, Randy, on Dec. 9, 2006.

She was preceded in death by her parents, Herbert and Anita Beyer.

Per Peggy’s request there will be no funeral service. There will be a gathering of family and friends at their home.

To order memorial trees or send flowers to the family in memory of Peggy Marie Brooks-Rosenthal, please visit our flower store.