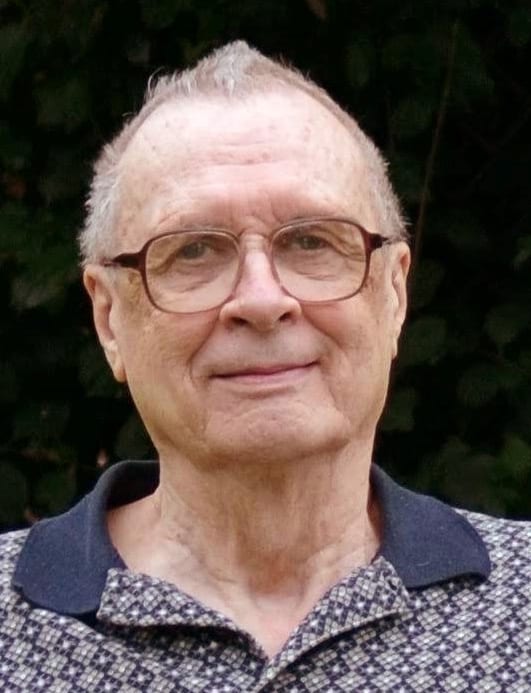 Paul Gerhardt Jahnke passed from this life to his eternal reward on Saturday, December 26, at his home in Appleton. He was 85 years old at the time of his home-going. Paul was born July 17, 1935, in Appleton, Wisconsin, to his parents, Adolph and Martha Jahnke. He attended Appleton High School.

Paul was a project engineer and was employed by Thilmany Pulp & Paper Company for almost 30 years until his retirement in 1990. He then worked as a design engineer for 8 years at The Valmet-Appleton Winder Group. He was a member of Fox Valley Christian Fellowship Assembly of God.

Paul loved spending time with his family and enjoyed a variety of hobbies including basketball, volleyball, fishing, and bible study. He served for many years in his church as a deacon and bible study teacher. He was a man of great faith and fervent prayer and was loved by many.

In addition to his first wife, Annette, he was preceded in death by his brothers Adolf, Erik, Bernard, and Walter, his grandson Dylan Zuleger, and by his great granddaughter, Alanna Jahnke.

Paul is also survived by many other family members and friends who shared his life and will feel the sadness of his departure. Paul fought the good fight, he finished his course, and he kept the faith. He now rests from his earthly labors and has received a crown of life that will never perish or fade in the presence of his Lord and Savior, Jesus Christ.

Services will be held at 11:00 AM on Wednesday, December 30, 2020 at Fox Valley Christian Fellowship, located at 1200 W. Kimberly Avenue in Kimberly, with Pastor John Sitcler officiating. Visitation for family and friends will begin at 10:00 AM and continue until the time of the service. Face coverings and safe distancing will both be required. Following the service, interment will take place at Riverside Cemetery in Appleton. Memorial contributions may be made to Fox Valley Christian Fellowship.

To order memorial trees or send flowers to the family in memory of Paul G. Jahnke, please visit our flower store.