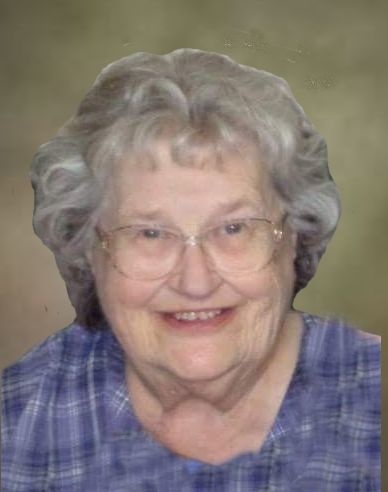 Patsy Ruth Childs, age 83 of Kaukauna, passed away at ThedaCare Regional Medical Center in Appleton, following an illness. Patsy was born in Clintonville on February 24, 1933, daughter of the late Henry and Sophie (Seehafer) Berndt. Patsy was a graduate of Shawano High School, and later married Gerald Childs; the couple was blessed with five children. Patsy will be remembered most for her love of jigsaw puzzles, flowers, traveling, cheering on the Packers and Brewers, and spending time with her grandchildren and great-grandchildren.

Funeral services for Patsy will be held at 12:00 Noon on Saturday, June 4, 2016 at Fargo Funeral Home, 400 W. Wisconsin Avenue in Kaukauna. Rev. Levi Willms of Bethany Lutheran Church will be officiating. Family and friends are invited to gather at the funeral home on Saturday morning from 9:00 AM until the time of service. Patsy will be buried next to her husband Jerry in Kaukauna's Union Cemetery.

The family would like to offer their thanks to the entire medical staff at ThedaCare Regional Medical Center in Appleton for the love and compassion they showed to Patsy during her lengthy stay. She could have been in no better hands, and we will be forever grateful.

To order memorial trees or send flowers to the family in memory of Patsy R. Childs, please visit our flower store.