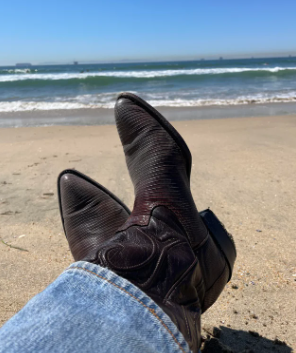 Patrick Forbes, age 67 of Queen Valley, AZ passed away unexpectedly on June 19, 2022.  He was born to Melvin and Elaine (Paul) Forbes on July 21, 1955. He graduated from Appleton West high school and went on to become a fabricator for Pierce Manufacturing, helping build fire trucks for 26 years.  In 1977, Pat met Sally Peebles.  They married and had a daughter, Wendy in 1978.  Their marriage made him a stepfather to Tony, Sandy, Nancy, and Tracy.  Pat and Sally then had a son, Jeremy in 1980.  After their divorce, Pat would go on to meet Jo Bergenstock.  They spent several years together before marrying in 1999.  Pat found himself a stepdad again to stepdaughter, Misty.  In 2000, Pat and Jo moved to Queen Valley, AZ, where Pat built their home.  He became employed in the construction industry where he mainly drove water trucks.

Patrick was a free spirit at heart.  He loved classic cars, motorcycles, and the Green Bay Packers.  Pat especially loved riding his Harley whenever he could and was always tinkering with it.  More than anything, though, he cherished his family and spent as much time with them as he could when they were in town.

Patrick was preceded in death by his parents and his sister, Darlene McQuaine.

Pat was survived by his wife; his children and stepchildren; his grandchildren, Colton, Casey, and Lance; his siblings, Mike Forbes and Diane Hupf; and his lifelong friend, Jack Christianson.

A celebration of life will be held at a later date with service details to be posted soon.

“For I must be traveling on now, ‘cause there’s too many places I’ve got to see.  Fly high, free bird.” – Lynyrd Skynyrd.

To order memorial trees or send flowers to the family in memory of Patrick P. Forbes, please visit our flower store.