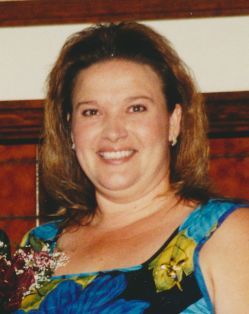 Patricia Ann “Patty” (Freimuth) Torres, age 49, passed away Oct. 1, 2013. Patty was born on November 20, 1963 in Appleton, daughter of Roger and Verlee (Young) Freimuth. She served her country as a member of the US Army. On June 9, 1996 she married Jesse Torres in California. They cherished 17 years of married life. Patty loved helping other people, attending car shows, and trips to Lake Tahoe and the ocean. She also loved visiting Sequoia National Park and seeing the giant redwood trees. Even after all the years she has lived in California, she always remained a Packer Fan. She worked for Tulare County Social Security office until her disability prevented her from working.

She will be sadly missed by her Husband Jesse, her parents and her family also her precious dogs, Baby (whom Patty taught to say “I Love You”) and GeGe and her cat Zoey.

In lieu of flowers, a memorial has been established.

To order memorial trees or send flowers to the family in memory of Patricia "Patty" Torres, please visit our flower store.