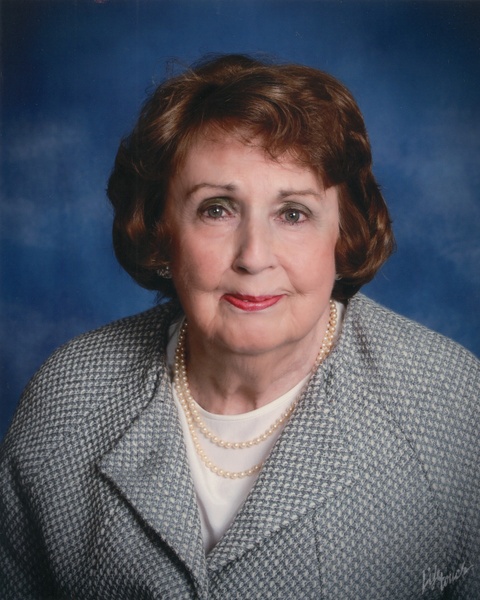 Patricia A. (Dinneen) Wuerger, 90, died peacefully Oct. 19 at Rennes Health and Rehabilitation Center in Appleton with her son Steve by her side. Pat was born Aug. 31, 1931 in Duluth, Minnesota, the only child born to Daniel and Irene Gratto Dinneen.

Pat’s love of travel started at birth, as the Dinneens spent time in Mankato, Minnesota, Marinette and De Pere before settling in Green Bay. Pat was a 1949 graduate of Green Bay West High School; and she received degrees in Business Administration and Spanish from St. Teresa College in Winona, Minnesota in 1953.

Following graduation, Pat returned to Green Bay and began her career as buyer of handbags and jewelry with the H.C. Prange Department Store. While at Prange’s, Pat met Raymond Wuerger, the love of her life. They married on July 9, 1955 in Green Bay.

Pat was also an active volunteer in the 1970s for Meals on Wheels and the Community Blood Center. Following a successful battle with breast cancer in the late ‘70s, Pat volunteered as a counselor for Reach to Recovery, a program that provided counseling and support to women dealing with breast cancer.

After raising her children, Pat returned to the workforce in 1979, joining First National Bank in Appleton as Newcomer Director. During her 12-year career, she endured three bank mergers and was promoted to manager of Deposit Services and a bank officer. She retired from Bank One in 1991.

Pat served on a number of boards throughout the years, including the United Way Allocations Committee; Silvercrest Girls Home, Neenah; Family Service Counseling Agency; and the Family Training program.

In retirement Pat stayed active. She participated in the Appleton Citizen’s Police Academy. Pat, along with two friends, took tap dancing lessons from the Rev. Martin Ruge. Pat was an aficionado of crossword puzzles, and she loved reading spy novels, mysteries and cookbooks. Pat loved to entertain and cook. She was in her element whether she was throwing a Green Bay Packers tailgate party, a formal dinner party or just a casual dinner or brunch for friends and family.

Pat and Ray enjoyed traveling. They crisscrossed the country, spent time in the Caribbean and took one memorable trip to Greece. They spent portions of the winters in Florida and loved spending time in Door County.

Pat is survived by her son, Stephen, Appleton; one brother-in-law, William (Mardelle) Wuerger, Madison; and nieces and nephews.

A Mass of Resurrection will be held at St. Joseph Catholic Church, 404 West Lawrence St., Appleton on Friday, Nov. 5 at 10:30 a.m. with Fr. Gerry Pehler, O.F.M. Cap. presiding. Visitation will be held at the church from 8:30 a.m. until the time of service. The service will be livestreamed and can be found at Pat’s obituary page on the Wichmann Funeral Home website.

In lieu of flowers, memorials may be made in Pat’s name to St. Joseph Parish in Appleton, or Harbor House Domestic Abuse Shelter, Appleton.

The family would like to thank the nurses and staff of Rennes Health and Rehabilitation Center in Appleton. Your loving, compassionate care for Pat during her final months was greatly appreciated.

To order memorial trees or send flowers to the family in memory of Patricia A. Wuerger, please visit our flower store.