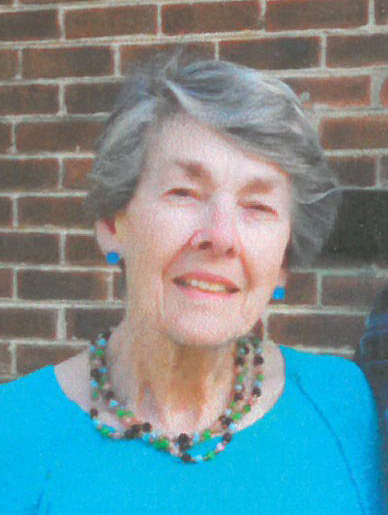 Patricia A. Gosling, 77, passed away peacefully on her own terms, on Tuesday, August 18, 2015 surrounded by her family at the Heritage.

Pat was born on September 9, 1937 in Willow Lake, South Dakota to Joseph and Irma (Wilkinson) Molumby. On July 22, 1961 she was united in marriage to John C. “Jack” Gosling in Mount Prospect, Illinois. Pat was an intermediate grade teacher having taught at Brown Street School in Milwaukee as well as St Mary's Elementary in Menasha and Holy Angels Elementary in Darboy. She enjoyed doing crossword puzzles, reading and was in the Laetare Book Club, several bridge groups and a swim class at the YMCA. Pat was an active volunteer at the Appleton Library, St. Mary Catholic Church and the Food Pantry. She was also a long time care giver to her husband Jack until he passed away in 2012 and enjoyed spending time with her children and grandchildren and those memories will always be cherished.

Pat was preceded in death by her parents, her husband Jack and several cousins.

The funeral liturgy will be held on Monday, August 24, 2015 at 11:00 AM at ST. MARY CATHOLIC CHURCH, 312 S. State St., Appleton, with Fr Jim Leary OFM CAP officiating. A time of visitation will be held on Monday from 9:00 AM until the time of the service at the Church. Online condolences may be expressed at www.wichmannfargo.com.

The family would like to extend their sincere thanks to Theda Care Hospice staff, the Heritage, all of her friends in the bridge groups, book club and swim class. In lieu of flowers a memorial is being established in her name.

To order memorial trees or send flowers to the family in memory of Patricia A. Gosling, please visit our flower store.