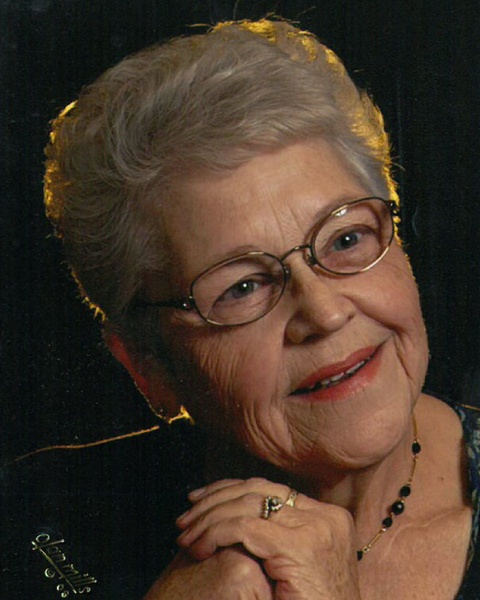 Pamela Kay Ducey Gruber, age 85 of Appleton, passed away gently on September 23, 2022, with her family by her side at St. Elizabeth Hospital. She joins “my Bob” in Heaven for their 55th wedding anniversary.

Pam was born on November 22, 1936, daughter of John Merle and Jennie Ada (Metcalfe) Ducey. She was baptized on April 6, 1947, at Christian Church in Mystic, Iowa. In 1955, Pam graduated from Rock Island Senior High School in Illinois. Shortly after graduation, she began working as a secretary with the Board of Education in Rock Island, Il. She then began her career at the Social Security Administration in Davenport, IA and then Manitowoc, Wi, retiring after 30 years of service.

As fate would have it, Pam met her husband, Robert Arthur Gruber, when she filled out a computer matchmaking questionnaire and then received a letter from Bob. The two were joined in marriage on September 23, 1967, at Memorial Christian Church, in Rock Island, Il, officiated by Rev. Donald Jones. On November 17, 1968, Pam dedicated her life to the Lord as she was confirmed at Immanuel Ev. Lutheran Church, Manitowoc, WI. Pam’s strong faith guided her through her life.

Pam was a current member of Mount Olive Ev. Lutheran Church in Appleton. She served as president and treasurer of the Ladies Aid Society as well as worked with the bulletin and Advent by candlelight committees. She was the former Appleton District contact for Central African Medical Mission, and a member of Lutheran Women’s Missionary Society. She is a former member of Immanuel Ev. Lutheran Church in Manitowoc, WI, past president of the Ladies of Immanuel, Shoreline Circuit LWMS, Manitowoc Lutheran High School Ladies Guild; and past member of Immanuel Senior Choir.

Pam served the Lord in little ways. In the past, she served on many church committees including the 50th and 70th anniversary celebrations, organ dedication, church building and renovations, and many Pastoral welcoming/farewell/retirements. In more recent years she used her computer skills to compose bulletin inserts about various church functions, prepared publicity for LWMS rallies, a booklet observing the 75th anniversary of the ladies of Immanuel. The children of the church were always excited to see Pam as she handed out dollar bills to them after the service. She insisted that they spend it on something special for themselves. On occasion, Pam wrote prose and poetic pieces for friends and family.

The funeral service for Pamela will be held at 11:00 am on Wednesday, September 28, 2022, at MOUNT OLIVE EV. LUTHERAN CHURCH, 930 East Florida Avenue, with Rev. Robert Raasch officiating. Visitation will be held from 9:30 am until the time of service. Pamela will be laid to rest next to her love Robert at Knollwood Memorial Park in Manitowoc.

In lieu of flowers, memorials may be given to the Immanuel Ev. Lutheran Church and Mount Olive Ladies Aid Society.

To order memorial trees or send flowers to the family in memory of Pamela Kay Ducey Gruber, please visit our flower store.