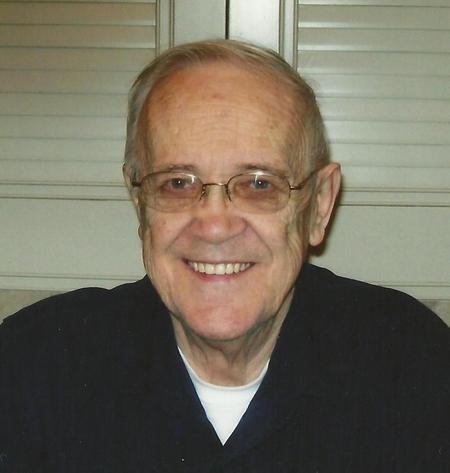 Orland Leonard Kissinger, born in November of 1934, went home to Jesus on July 20, 2013, surrounded by his loving family. Orland was born in Dupont, Wisconsin and graduated from Waupaca High School in 1953.

Orland was the son of the late Clarence and Helen Kissinger and was the beloved husband of Barbara Jean Kissinger for 58 years. Theirs was a true love story from the beginning. After only 3 dates, Orland left for a four year deployment in the Air Force. Orland and Barbara stayed in touch through letters and fell in love while he was stationed in Iceland. Orland proposed marriage in a letter and Barbara accepted, and in 1954, they married, while Barbara was 18 years old and Orland was 20. Orland and Barbara had a wonderful life together, enjoying their many trips out west, country western music, going to the casino and being in each other's company.

In 1958, Orland and Barbara welcomed their first child, Cathie Marie, followed by Joseph William in 1961 and Deanna Dawn in 1964.

Orland was employed by Kimberly-Clark Corporation for short time and worked most of his career at Bergstrom Paper Mill (eventually becoming P.H. Glatfelter Company), as a paper-grader.

Orland enjoyed many hobbies throughout the years, including traveling, fishing, bowling, bird and animal watching, coin collecting, crossword puzzles, and in his later years, map-reading, word-searches, going to the casino and especially, playing Yahtzee. Orland was something of a word-warrior, who enjoyed learning and using new words, to stymie his family. His love of words and grammar has passed through the generations.

The family wishes to thank the staff and volunteers with Heartland Home Care and Hospice Services, for their unfailing kindness and compassion, especially Julie and Christina, with special thanks to Karen and Janna. Their commitment to Orland and Barbara during this difficult time was unparalleled. Orland truly liked and enjoyed his caregivers and Barbara found great comfort in the support that they provided to Orland, during this difficult passage in his life. Due in part to their committed assistance and guidance, Orland maintained his wit and humor to the end, and passed peacefully to his new home in heaven.

Friends and family are invited to attend a memorial service at 11:00 a.m. on Friday, July 26, 2013, at the WICHMANN TRI-COUNTY CHAPEL, 3212 S Oneida St, Menasha. Visitation will be held at the funeral home from 10:00 a.m. until the time of service. Orland will be laid to rest privately at Highland Memorial Park. In lieu of flowers, a memorial fund has been established.

To order memorial trees or send flowers to the family in memory of Orland Kissinger, please visit our flower store.