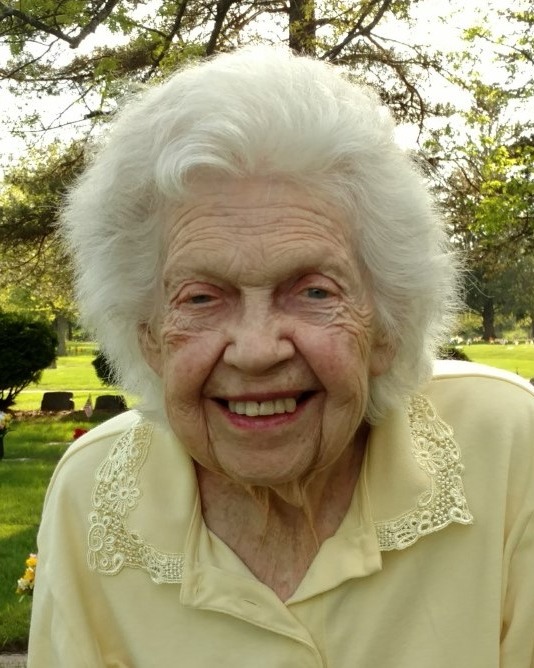 With sad hearts, we share with you the loss of our dear mother Norma Mae Surin who, at the age of 94, was welcomed into Heaven on the morn of December 24, 2022. Yet, we find comfort in knowing that she is finally at peace and free from the "aches and pains" of old age, and that she was warmly greeted by all the loved ones who passed before her because she was the very last one of her generation in our extended family to finally cross over to that beautiful shore on the other side.
Born on July 17, 1928 to Harry and Margaret (Hill) Hitter, she grew up in Argonne, a small logging town in northern Wisconsin with her four younger siblings. Her father ran a tavern called "Harry's Bar" which was the source of many good stories. One in particular that stands out was about their next door neighbor, Clarence Eaton, who was rescued from his burning house by a passerby who found him lying on his couch surrounded by flames. After getting him to safety, Clarence admitted that he had started the fire. When asked why, he simply stated "Because I didn't like it". Another time, her mother had set some bread dough out and Clarence put his hand over it and commanded "Bread rise". Those are just a couple of so many. She loved to talk about her life growing up in Argonne, the memories of which we will cherish always.
She loved to dance, and it was at one in Argonne when she was about twenty where she met our father, John Surin. Dashing young man that he was, he swept her off her feet and they were soon married and started a family of their own. At that time, Dad wasn't quite sure what he wanted to do and tried on several hats before settling down on a dairy farm in Star Neva, a small town near Antigo, Wisconsin. On that farm, Mom showed her mettle. How she did it, we have no idea. Along with her daughter Paula from a previous marriage, she had five sons (who Paula affectionately called "the savages") with Dad. She had a lot on her plate with cooking, cleaning, shopping, laundry, feeding the chickens, getting us off to school, keeping the fire going, and baking four loaves of bread twice a week. She was even helping out in the barn milking cows from time to time... remarkable.
But what was even more remarkable about her was her generous, kind and loving heart. She was so gentle and caring, and always putting others before herself. She was always pleasant and easy going with an easy laugh too...just a joy to be around. Mom always said that you needed to have interests in life which was good advice if you were feeling a bit blue. She enjoyed gardening (flowers and vegetables), working puzzles, bowling, baby sitting the grand children, cooking family dinners ("the best cooker in the whole wide world" just ask our brother Dan), planning family reunions, visiting with family and friends, and of course dancing.
Eventually, we left the farm and moved to Kimberly, Wisconsin in the mid 60s. Dad bought into an A.I. route with Curtiss so he was still involved with farming which led to having a lot of farmer friends which greatly enriched their lives over the years. Dad worked until he got sick and was diagnosed with cancer. Took him fast...he died on his birthday in the fall of 1992 at 69.
In addition to Dad, she was preceded in death by her parents, her siblings Harry Hitter, William Hitter, Lorrene Johnson, and Gayanne Wickman, her son Michael Surin, her nephew Mark Johnson, daughter-in-law Michelle Surin, and all the in-laws of her generation on both sides of the family.
She is survived by her daughter Paula Vaessen, Appleton, WI, her sons David Surin, Appleton, WI, Daniel Surin, Pickerel, WI, Jeffrey (Sharon Olson) Surin, Neenah, WI, and John Surin, Kimberly, WI. Further survived by nieces, nephews, 7 grandchildren, 10 great grandchildren, and 2 great great grandchildren.
Shortly after Dad passed, Mom had a dream. In her dream, she was riding in the car with Dad when all of a sudden she looked, and Dad was riding in the back seat. Startled, she asked Dad "Who's driving this car?" and Dad said "You are". So Mom, you've been driving for 30 years now and you did good, and now you can finally let go and relax and let somebody else do the driving...maybe Jesus.
Mom, we will forever hold you in our hearts, will never forget you, and will miss you always. We love you very much Mom...until we meet again on that beautiful shore.
We would especially like to thank everybody at Rennes Health and Rehab in Appleton for all the excellent care you provided to our mother over the years - you truly were her home away from home. Also, a special thank you to Compassus Hospice for your tender care for her during her last days.
In lieu of flowers, a memorial fund has been established in her name.
Wichmann Fargo Funeral Home is handling the funeral arrangements. A memorial service for our mother will be held on Saturday, May 13, 2023 at Jansen Fargo Funeral Home in Kimberly with visitation from 1-2pm followed by the memorial service.

To order memorial trees or send flowers to the family in memory of Norma Mae Surin, please visit our flower store.