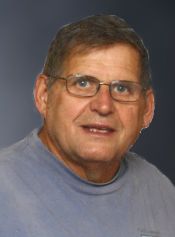 Norbert John Krupka, age 81, passed away peacefully surrounded by the love of his family at home on May 4, 2022.  Norbert was born on April 9, 1941, in Milan, WI, one of 11 children born to George and Elizabeth (Miller) Krupka.  After graduating from Mishicot High School in 1959, he served in the United States Army and eventually the Army Reserves. Once he returned to the Fox Valley, Norbert worked his way from an apprentice to a master electrician.  He worked in several paper mills and commercial properties while part of the Union, IBEW Local 577.  On May 15, 1965, Norbert married Mary Ann Merkl in a ceremony at St. Joseph Catholic Church in Appleton.  They celebrated nearly 57 years of marriage and raised five wonderful children.

Norbert enjoyed nature and being outdoors; hunting, fishing, and spending time with his family at their cottage on Legend Lake.  It was on Legend Lake where he taught his children to water ski and insisted on driving the pontoon boat. Norbert and Mary Ann loved to travel the U.S., visiting all but three states. He also enjoyed watching the news, war movies and westerns, usually with his dog Sadie or his cat Mama Lulu by his side.

The funeral liturgy for Norbert will be held at 10:30 am on Monday, May 9, 2022, at ST JOSEPH CATHOLIC CHURCH, 410 West Lawrence St., Appleton, with Father Gerry Pehler, OFM Cap. officiating. Visitation will be from 9:00 am until the time of Mass.  Burial and full military honors will take place at Highland Memorial Park at 2:30 pm.  Online condolences may be expressed at www.wichmannfargo.com

Norbert’s family would like to thank moments hospice, especially Nickie, CNA and father Gerry for their kindness and support.

In lieu of flowers, Masses said in Norbert’s name or donations to the Neenah Humane Society are greatly appreciated.

To order memorial trees or send flowers to the family in memory of Norbert John Krupka, please visit our flower store.

Full military honors will be performed at the cemetery