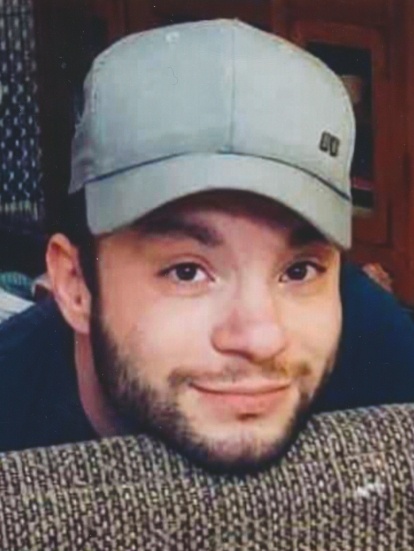 Noah Birger Hulke, 31, died unexpectedly from a heat stroke on Wednesday, June 16th in Phoenix, AZ. Noah was born on August 21,1989 in Kastoria, Greece. Noah was born without hands, and due to the limited resources in Greece, was placed in an orphanage where he lived until he was lovingly adopted by Michael and Patricia Hulke of Appleton, WI at the age of four years old. There, Noah was raised as one of their thirteen children.

Noah had relocated to Phoenix from Appleton earlier this year to pursue a continuing education in Social Work with a special interest in AODA counseling. He had previously obtained his Associates Degree in Paralegal at St. Petersburg College, in Clearwater, Florida and earned a coveted internship in a local government office where he proudly served for several terms.
It’s hard to capture all the personality that was packed into his small frame in words; fluent in sarcasm, proficient in debate, Noah had a legendary sense of humor that would leave those around him in hysterics with one-liners, dumb movie lines, fantastic memes, and swift comebacks. He lived for a good practical joke, a great movie, and all things Taylor Swift. Despite what appeared to hold him back physically, Noah could do anything he put his mind to. He took great pride in his ability to overcome and adapt, and even built his own custom foot pedal extenders for his prized Smartcar so he could Door Dash during the pandemic. A proud Democrat in a family of Republicans, Noah’s values and political beliefs were still respected as he took the time to intelligently educate himself and stood for what he believed no matter who disagreed. He was notorious for sending care packages, funny novelties, cards, and even surprise birthday cakes to those he loved. He was a compassionate animal lover and would    have adopted 1000 dogs and cats if that would have been feasible. Noah most enjoyed spending quality time with those he loved, making goals, taking on new challenges and continuing his education.
During his life, Noah was able to locate his biological family in Greece, and with the help of his parents, was able to travel there to meet his Mother, Father and two brothers, and many cousins and other extended family. He was also able to meet the caretakers and Nurses who still worked at the orphanage where he lived for the first four years of his life. While in Greece, Noah quickly began to relearn the Greek language and also took great joy in teaching his Greek family members mischievous English words.
Noah was preceded in death by his maternal grandparents, Birger and Virginia Schmidt, and his biological mother Elani Mpakali. He is survived by his Mother and Father Michael and Patricia Hulke, siblings James (Laurie) Dennee, Stacy (Tom) Van Eperen, Michelle (Mitch) Heimlich, Paul (Diana “Reet”) Dennee, Howie (Kim) Hulke, Rachel (Todd) Gauthier, Elizabeth (Miles) Petit, Ben (Jodi) Hulke, Miguel Hulke, Ana Hulke, Nicholas (Amanda) Hulke, Emily Hulke and his dogs Jo and MF Goobs. He was further survived by many nieces, nephews, and cousins, and his best friend Jen Welch who loved him so dearly, as well as his biological father Konstantinos Kirkotsoglou, and biological brothers Nikos and Spyridon.
Noah will be sorely missed by all who were fortunate enough to know him. In Honor of Noah, perform a random act of kindness for someone in need, stand up for someone, reach out a helping hand, be a voice, learn something new with an open mind!
“Look Ma, no hands!”

To order memorial trees or send flowers to the family in memory of Noah B. Hulke, please visit our flower store.