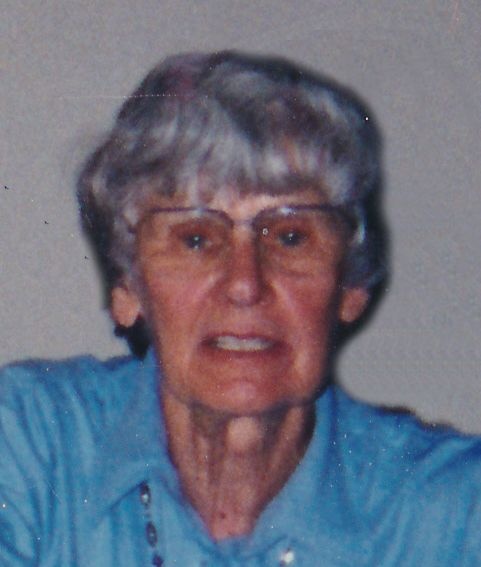 Myra (Kolitsch) Baylor passed away at her home in Berkeley, California on May 31, 2014 at the age of 93. She was born in Appleton, Wisconsin, on September 30, 1920, to the late Anton and Bertha (Bainbridge) Kolitsch. Myra attended Lawrence University, and graduated from the University of Wisconsin, Madison. She then received her Master's degree from Columbia University. Myra was a librarian and retired from the University of California Berkeley after 37 years in 1984. Myra enjoyed Lawn Bowling, which is where she met her husband, Bob. After retiring, Myra volunteered for Friend of the Library. She enjoyed spending many vacations with her family on the bay in Little Suamico.

She was preceded in death by her husband, Robert Baylor; brothers: Anthony, Paul and infant Francis; sisters: Catherine and twin Therese and Juanita (Skenandore) Kolitsch.

The burial for Myra will take place at St. Joseph's Cemetery in Appleton on Wednesday, July 2, 2014 at 2:00 PM

The family would like to thank Sutter Home Health Care and Susan Anderson for the care provided in the past two years.

To order memorial trees or send flowers to the family in memory of Myra (Kolitsch) Baylor, please visit our flower store.