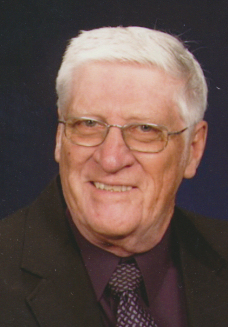 Raymond W. Mogensen “Mogie”, age 90, of Appleton, passed on August 2, 2022. Ray was born in Eau Claire on September 4, 1931, son of the late Lloyd and Olga (Knappen) and spent most of his childhood in Chetek moving back to Eau Claire as a teenager.

Ray married Joanne Koss on December 4, 1950, in Eau Claire, Wisconsin. On April 25, 1998, Ray married Carol (Christie) and they lived on McArthur Street in Appleton until they moved to a retirement apartment in 2021.

When Ray was a young man, he worked a variety of jobs:  as a shoeshine boy, as a bellhop and as an usher in a movie theater (where he met his first wife Joanne).  Ray graduated from Eau Claire High School.  As an adult, he worked as a sales representative for Peter’s Meats, then Thorsen Food and finally, Reinhardt Foods in Shawano until his retirement in 1998. In 2002, Mogie worked part time as a driver for the Community Blood Center in Appleton. Ray and Carol enjoyed traveling together, visiting Hawaii, Cancun, Atlantic City, California and Florida.  They also enjoyed their card club, dance club, and going out to eat with their friends.  Ray also spent many years on a golf league. Ray and Carol volunteered together as Ushers and Greeters at their church. In retirement Mogie made bird houses and anyone who visited left with a “unique and different” one to enjoy in their yard. Ray would also run around to rummage sales all summer picking up gently used coats to donate to the “Coats for Kids” program.

Ray was preceded in death by his parents Lloyd and Olga, his first wife Joanne, his son Michael Mogensen, his daughter Cathryn Whitman, his brothers Orville, Martin and Jack, and infant granddaughter Courtney Mogensen.

The Christian funeral service for Raymond will be held at 11 AM on Thursday, August 11, 2022 at Riverview Lutheran Church, located at 136 W Seymour Street in Appleton. Rev. Dennis Belter and Rev. Timothy Wagner will officiate, and burial will take place at Riverside Cemetery. The family will receive friends directly at the church on Thursday morning from 9 AM until the time of the service.

The family would like to thank the staff at Willow Lane Assisted Living Facility, Bluestone Physician Services Wisconsin and Heartland Hospice Care, especially his hospice nurse Ashley.  In lieu of flowers the family asks that you donate to your favorite charity.

In lieu of flowers the family asks that you donate to Riverview Lutheran Church or Fox Valley Lutheran High School.

To order memorial trees or send flowers to the family in memory of Mogie Mogensen, please visit our flower store.