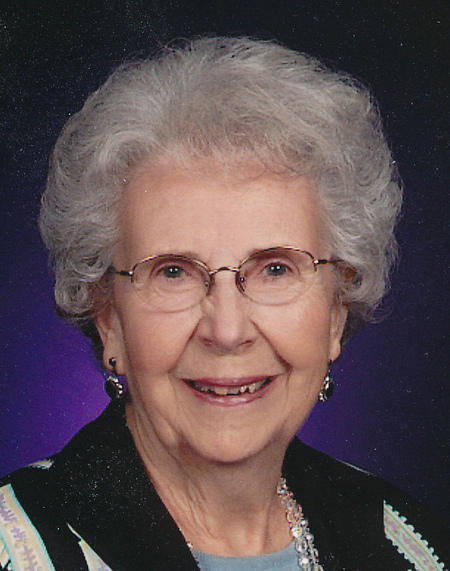 Milsom Zimmerman, age 89, of Appleton, passed away at Appleton Medical Center, on Thursday, August 16th, 2012. Milsom was born on January 19, 1923 in Winneconne, to the late August and Esther (Luebke) Schmeling. She graduated from Winneconne High School in 1940, attended Business School in Oshkosh, and was employed at the Boeing Plant in California during World War II. She worked in Milwaukee as an Auditor for Goodyear upon return to Wisconsin. She married Wilmer Zimmerman on June 21, 1947 in Winneconne and later moved to Fort Leavenworth, Kansas with her husband. The couple later moved to Appleton, living on Story Street, then Mason Street and later Long Court. She worked in tax accounting and managed data processing at the firm of Shumaker, Haas, Beier and Riedl throughout her career until her retirement in 1988. Milsom was a longtime Appleton resident who was well-known for her community involvement, leadership and desire to “be of use in her life”. She was the 50th member of Faith Lutheran Church and was always serving in various roles over the years from Ladies Guild president to choir member and Altar Guild and was an active Prayer Warrior, participant of Phoebe Circle and Seniors Bible Class to the end. She was a member and later Commander of the Fox Cities Composite Squadron of the Civil Air Patrol from 1973 to 2003. She attained the rank of Lieutenant Colonel and was commended for over 30 years of outstanding leadership and unselfish service including Search and Rescue missions. She also volunteered at the Salvation Army for several years and was the leader and co-leader of the Rainbow Group for Widows and Widowers for 16 years, after her husband's death. She was most proud of founding and directing the Rainbow Singers Group which performed at nursing homes throughout the Fox Valley for 20 years. She also served as the Treasurer for her Fiesta Acres Condo Association from 1991 to 2012. In her free time Milsom enjoyed tending plants, rose gardening and bird watching. Survivors include her daughter, Carol Kruse, Woodridge, Illinois; her granddaughter, Jessica Lewandowski; her step-daughter, Marlene Schirmacher and her children, Marsha Hattel and Barbara Fair; her 8 step—grandchildren; 5 step great-great grandchildren and her beloved of 9 years, George Tews . She was preceded in death by her husband Wilmer in 1988 and step-son, Gerald Zimmerman. Funeral services will be at 11:00 a.m. on Monday, August 20, 2012, at FAITH LUTHERAN CHURCH, 601 E. Glendale Avenue, Appleton, with Rev. Daniel Thews officiating. Friends may call at the Wichmann Funeral Home, Appleton, on Sunday from 4:00 p.m. to 7:00 p.m. and again directly at the church on Monday from 10:00 a.m. until the time of services. Interment will be in Highland Memorial Park, Appleton. The family would like to extend a sincere thank you to the staff at Appleton Medical Center for their loving care. Online condolences may be offered at www.wichmannfargo.com

To order memorial trees or send flowers to the family in memory of Milsom Zimmerman, please visit our flower store.