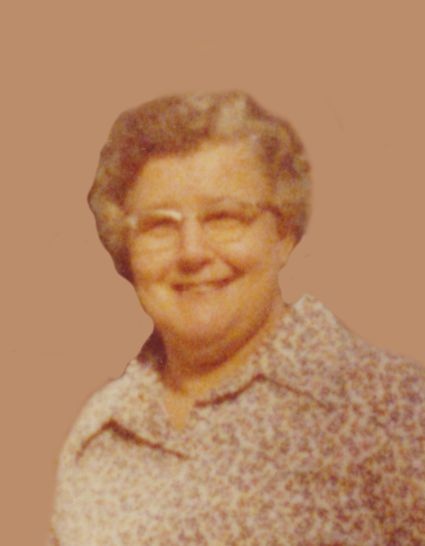 Mildred N. Ponkow, age 92, of Appleton, passed away at Oakridge Gardens, Menasha, on Sunday, May 25, 2014. Millie was born on November 13, 1921, in Antigo to the late August A. and Hattie (Zellmer) Ponkow. She was a 1941 graduate of Antigo High School and was employed at Tuttle Press (Artfair) for over 30 years, retiring in 1985. Millie truly enjoyed traveling and seeing the world beyond Appleton. At the age of 63 she spent ten weeks in Sydney, Australia, on the George McFarland ranch. Millie was well known for her large collection of cookbooks acquired on her travels.

Funeral services will be at 6:00 p.m. on Tuesday, June 3, 2014, at WICHMANN FUNERAL HOME, 537 N. Superior Street, Appleton, with Rev. Jane Anderson officiating. Friends may call from 4:00 p.m. until the time of service. Interment will be in Antigo Cemetery. An expression of sincere thanks is offered to the staff at Oakridge Gardens for their loving care during Millie's time there. Online condolences may be offered at www.wichmannfargo.com

To order memorial trees or send flowers to the family in memory of Mildred "Millie" Ponkow, please visit our flower store.