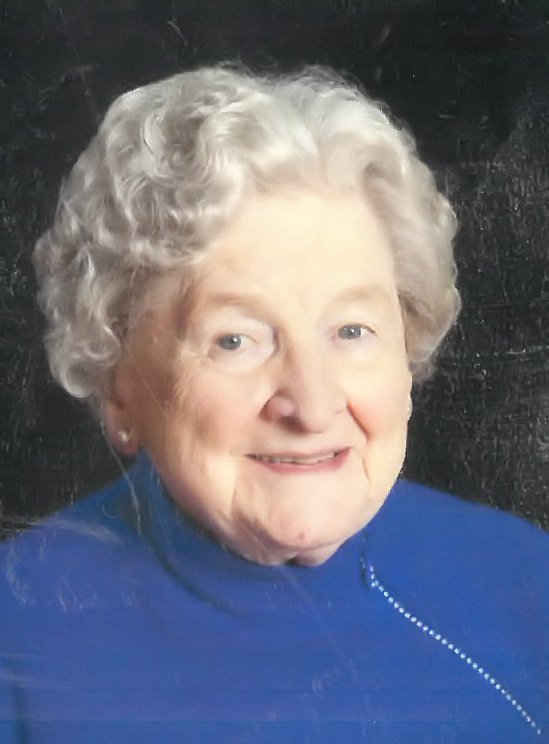 Mildred Elizabeth Wallace (Clarke), 98 years, passed away November 5, 2017 in Sister Bay, Wisconsin. She was born October 27, 1919 in McKeesport, Pennsylvania to her parents Anthony and Elizabeth Clarke (Pearson). After the death of her father, her mother married Thomas Foster. The family moved to Sandy Lake, Pennsylvania. Mildred was a graduate of Sandy Lake High School after which she moved to Gary, Indiana. On November 19, 1940 Mildred and Robert Wallace were married in Gary, Indiana. Robert served in the U.S. Navy with the Sea Bees during WWII. After the war they lived in Wausau, Wisconsin. Mildred was the secretary to the Director of Elementary Education in the Wausau Public Schools.

In 1950 they were blessed with the arrival of their daughter Diana. In 1961 they moved to Appleton, Wisconsin where Mildred was an executive secretary at Lawrence University from 1961 to 1983. Her husband Bob preceded her in death on November 19, 1997 after 57 years of marriage. She moved to Scandia Village of Sister Bay, Wisconsin in April of 2008.

She was preceded in death by her parents, her husband and three brothers: Jack P. Clarke, James T. Clarke and Anthony H. Clarke, Jr.

A Memorial Service for Mildred will be held on December 5, 2017 at 11:00 am at First United Methodist Church, 325 E. Franklin St., Appleton. Rev. Dawn Volpe officiating. Family and friends may gather at the Church from 10:00 am until time of service. Interment at Highland Memorial Park in Appleton, Wisconsin.

Mildred’s family would like to express their sincerest appreciation to the staff and caregivers at Scandia Village for their compassion and support.

To order memorial trees or send flowers to the family in memory of Mildred Elizabeth Wallace, please visit our flower store.